The European Central Bank (ECB) might start to tighten its monetary policy following the recently published economic data. In Germany, the preliminary CPI report for June showed an increase of 2.3% year-on-year (YoY). The headline inflation has been above the 2.0% annual inflation target set by the central bank since April 2021. Meanwhile, the final result for the Eurozone’s consumer price index is at 2.0% in May. As for the EU’s consumer survey for inflation in June, the Eurostat result showed an increase to a 12-month high of 27.1 points. Other reports from the 27-member state bloc were Consumer Confidence which has an actual result of -3.3 points, the lowest since October 2018, and data from the services and industrial sectors which came in at 17.9 points and 12.7 points, respectively. On the other hand, Canada’s economic potential is restricted by the surprise decision to keep its borders with the United States still closed despite containing the virus. 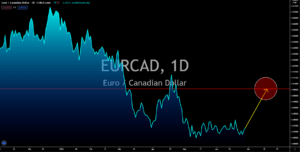 Demand for the New Zealand dollar will start to pick up as Wellington and Canberra reopened their borders on Tuesday, June 29. This was following the easing of coronavirus restrictions in some Australian states after the delta variant caused an outbreak in the states of South Australia, Tasmania, and Victoria. In other news, Fitch Ratings reaffirmed the A+ rating for Westpac New Zealand. The bank was among the country’s Big Four banks. This was despite warnings that the 30% surge in house price could spell major corrections for NZ banks. The credit rating came along with the announcement by the Reserve Bank of New Zealand that the economic performance of the country is nearing its pre-pandemic level. In the January to March GDP performance, the figure came in higher than the estimates at 1.6%. This was in the opposite direction compared to the RBNZ’s Q1 projection of -0.6%. In the last quarter of 2020, the result was a decline of -1.0%. 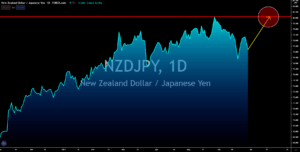 USDHKD
Hong Kong incurred a trade deficit of -25.5 billion last week. This was an improvement from the previous result of -31.8 billion and is currently the lowest negative number for the trade balance report in June. However, analysts are expecting higher deficits in the coming reports following the alarming trend in the imports and exports data. In May, exports recorded a 24.0% increase from the prior month’s result of 24.4%. The latest figure also represents the slowest growth in fiscal 2021. It recorded a 44.0% advancement in the report in January this year. While exports have been slowing down, imports are soaring. For the same month, exports grew 26.5%. This was the second-highest monthly increase in the past 11 years. Higher imports make the value of the NZD decline as importers need to pay in dollar amounts which reduces the reserve currency of New Zealand. On the contrary, higher exports add foreign currencies to circulation which is favorable for NZD. 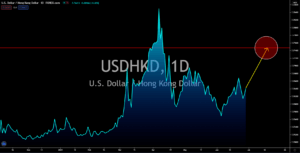 The inflation reports from the United States grow at an alarming rate. The Personal Consumption Expenditures (PCE) index soared to a 13-year high in May after posting a 3.9% result. The CPI (Consumer Price Index) was also up to its highest level since 2008 in the same month with a 5.0% result. This was due to a decline in personal income coupled with higher spending. Although May’s Personal Expenditure was flat zero, the annualized data for Personal Income continues to shrink by -2.0%. This increases the pressure for the Federal Reserve to raise its benchmark interest rate which is currently at a historical low of 0.25%. While the US central bank’s governor, Jerome Powell, silenced rumors of a rate hike, analysts believe that it will come sooner than the 2023 projections. Even St. Louis Federal Reserve President James Bullard is anticipating a hike as early as 2022. Powell argued that the soaring prices were temporary due to the US economic reopening. 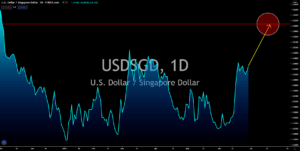