The Bank of Japan posted a 0.3% increase in headline inflation for August. The number surpassed the pandemic records, with the monthly hike reaching levels not seen since February last year. However, the BOJ warned of a gloomy outlook for the upcoming months. The central bank sees a slower recovery from the pandemic amidst a national lockdown in Japan. In addition, the economic reports signaled a challenging fourth quarter ahead. The Leading Index inched lower around 104.1 points from 104.2 points previously. The decline marks the second consecutive month of a lower result. Meanwhile, the Coincident Indicator printed a -0.2 points data for August’s preliminary. As for the business outlook, the Corporate Services Price Index slowed down to its lowest level since June with a 1.0% increase. In the last report, the result came at 1.1%. Another catalyst that impacts the Japanese yen is the LDP election on September 29 and a general election before November 28. 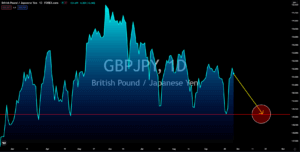 Justin Trudeau won his re-election bid last week. The Liberals gained 157 seats in the parliament. However, the number failed to reach 170 to claim the majority. As a result, Trudeau will be leading a minority government once again. Despite the miss in the seats, the market welcomed the decision. The new coalition government promised to increase spending by 78.00 billion Canadian dollars in five years. The proposed amount represents 4% of the country’s gross domestic product. Earlier in 2021, the Liberals successfully passed 101.00 billion in spending. Analysts said the additional stimulus increases inflationary pressures, which, in turn, would trigger the BOC to raise rates. In August, the consumer price index (CPI) hiked 4.1%. The Bank of Canada has an annual target of 1.0% to 3.0% or 2.0% on average. The central bank has been tapering asset purchases. However, governor Tiff Macklem waits for other signals before raising rates from a record low of 0.25%.

The UK Manufacturing and Services PMIs fell to their lowest levels since the initial reopening in March 2021. The numbers came at 56.3 points and 54.6 points for September preliminary. But the decline coincides with rising prices, pressuring growth to catch up. The current energy crisis is the main concern. Brent topped 80.00 per barrel, which could spill over to consumer goods. Despite the rising covid cases caused by the delta variant, major economies refused to introduce another lockdown. However, despite the efforts to keep the economy open, investors are worried about the end of job support this week. Analysts expect a spike in unemployment data in October. In other news, the Trades Union Congress (TUC) proposes cutting the public sector’s salary to aid the UK’s problems. Limiting disposable income would tame inflation, while the 3.3 billion pounds saved could be used for the economy. However, analysts said that the recommendation limits growth. 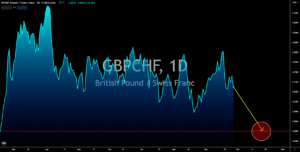 European Central Bank (ECB) President Christine Lagarde speaks on MEP’s concern over rising inflation. Lagarde maintained her temporary inflation stance despite the headline inflation hitting a level not seen in a decade. The 3.0% August CPI is above the ECB’s annual inflation target of 2.0%. Excluding energy price increase, however, the inflation would post a 1.7% increase. Lagarde sees inflation reaching its peak this year at 2.2%. Meanwhile, the 2-year forecasts suggest the CPI at 1.7% in 2022 and 1.5% in 2023. In other reports, economic sentiment in the EU’s economic powerhouses turned better-than-expected. The GfK Consumer Climate printed 0.3 points against the expectations of -1.6 points. The positive result is the first during the pandemic. As for France’s September Consumer Confidence index, the actual result came at 102.00 points. For the Eurozone, loans from non-financial firms have slowed down in August with a 1.5% increase from 1.7% prior.