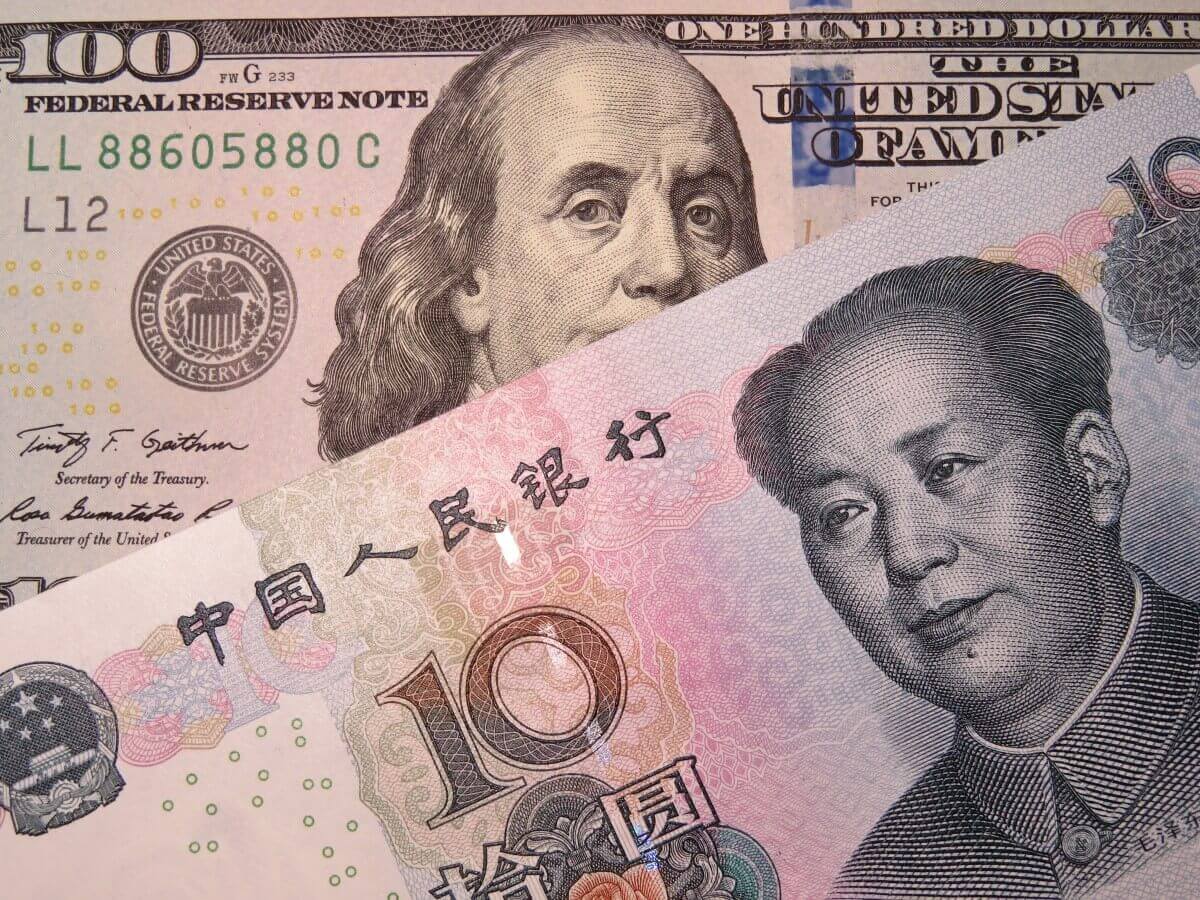 Home > Forex news > Chinese Yuan Dropped Against the Dollar. What About Yen?

The Chinese yuan tumbled down by 1.28% against the U.S. dollar in March. Meanwhile, the greenback soared by 2.52% in March against a basket of other major currencies.

Official data showed on Wednesday that China’s foreign exchange reserves dropped more than expected in March. They plunged by $34.97 billion to $3.17 trillion during the last month. Meanwhile, analysts forecasted a decline only to $3.19 trillion.

However, foreign inflows into Chinese bonds and stocks have been strong. China remains ahead of other major economies in its rebound from the COVID-19 pandemic.

Meanwhile, the U.S. dollar continues its downtrend. On Thursday, the currency traded near its lowest level in more than two weeks against its major peers. The Federal Reserve’s March policy meeting minutes didn’t provide any hints to dictate market direction.

Fed Chair Jerome Powell plans to speak at a virtual International Monetary Fund conference later today. During the meeting on Wednesday, Fed officials remained cautious about the coronavirus pandemic’s risks. Massive stimulus bolstered the U.S. recovery. The government seems committed to pouring on monetary policy support until a rebound is more secure. Hence, the agency thinks there is still a long way to go to overcome the crisis.

The dollar index plummeted down to 92.30 against a basket of six currencies in London trading after dropping as low as 92.134 on Wednesday.

The index skyrocketed to an almost five-month high of 93.439 at the end of March as the U.S. recovery proved to be faster than that of Europe’s and most other developed nations.

How Did the Japanese Yen and The Euro Fare?

The dollar lowered to 109.49 Japanese yen, consolidating after declining from 110.97, its highest level in more than a year, which the currency reached on March 31.

Commonwealth Bank of Australia strategist Joseph Capurso noted that the COVID-19 vaccination progress in the Eurozone lags behind that of the United States. Coronavirus infection rates in the Eurozone are surging forward again. As a result, the EUR/USD pair may move lower towards 1.1700 in the near term.