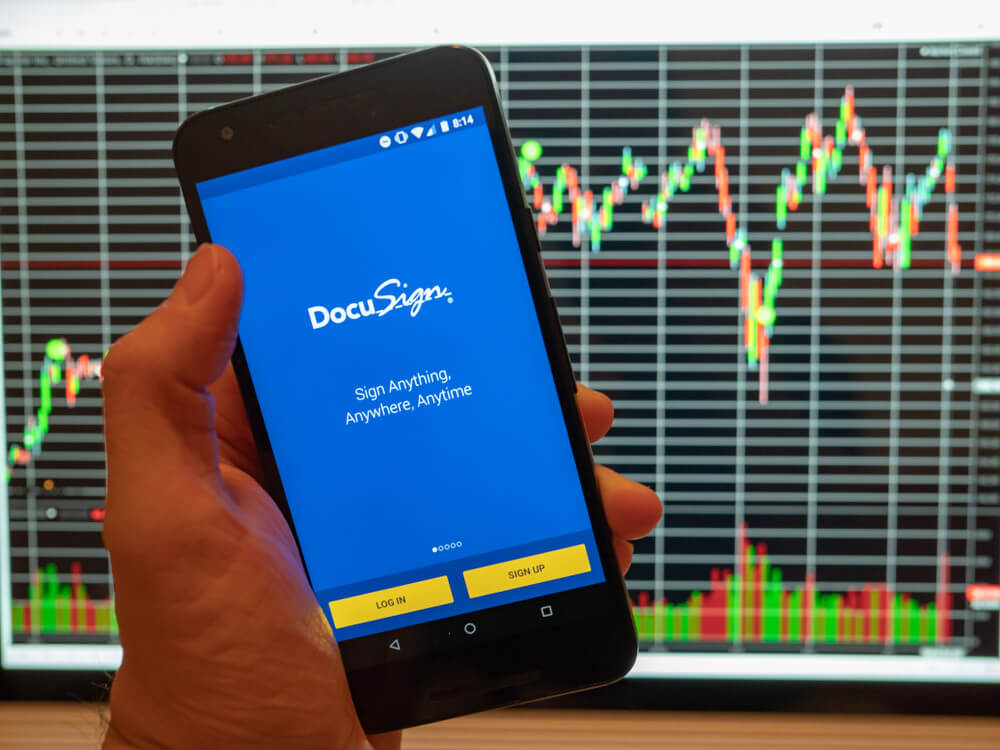 The electronic signature software vendor has plummeted 20.45 points to $66.91 per share. The decline has trailed its earlier drop of 3.04% or 2.74 points to $87.36 per share. Correspondingly, the firm has lost $4.09 billion to its stock valuation.

DocuSign’s Q1 revenue grew 25.00% year-over-year to $588.70 million. However, it came in lower than the average market estimate of $581.80 million, overshadowing the annual gain. In addition, the firm posted earnings of $0.38 per share, well below the anticipated $0.46.

The business marked a substantial growth during the onset of the pandemic with the increase in online transactions. Nevertheless, the pace has notably slowed amid the weighing economic headwinds in recent quarters.

For instance, in Europe, some deals stalled or stopped because of economic uncertainty following the crisis in Ukraine.

Correspondingly, DocuSign has started to adjust its sales approach to focus more on drumming up demand.

CEO Dan Springer stated that the company is now working to fix go-to-market challenges. He also announced that they would not reduce headcount. Regardless, the firm will lower the number of people it plans to hire as it aims to balance growth and profitability.

Earlier this week, DocuSign announced an expansion of its strategic partnership with Microsoft. Their deal aims to accelerate how people collaborate and come to agreement in the anywhere economy.

Still, DocuSign shares have shed 44.36% or 69.65 points year-to-date, alongside the rest of the cloud software sector.