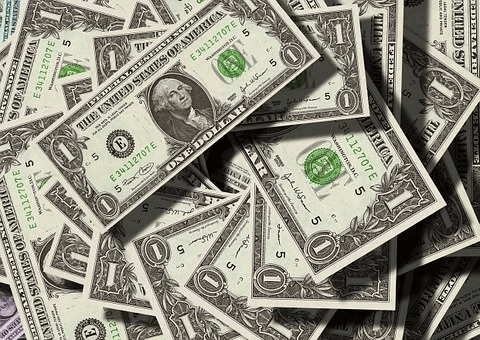 The U.S. dollar index measures the greenback against a trade-weighted basket of six major currencies. It fell by 1.2% to 103.64

A double helping of Fed hawkishness and a wobble in the global economy supported the dollar. But there aren’t signs that either of these conditions is shaping up for a reversal, likely signaling the dollar has further to run.

FX strategists expect the USD to remain strong; neither a dovish pivot nor a marked improvement in global growth expectations appears likely in the near term; Morgan Stanley said in a note.

The Fed raised rates by 0.75% on Wednesday and set a course for a steeper path of rate hikes. The central bank now expects to raise rates by another 1.5%, or 150 basis points, to about 3.4% by year-end. That was far steeper than the Fed’s projections in March; when it saw rates moving to about 1.9% by the end of the year.

Fed Chairman Jerome Powell conceded that the central bank’s hand was twisted into a more significant hike by inflation data, surprising the upside. Some on Wall Street believe Powell hasn’t yet gotten a grip on how much longer inflation will likely run hot.

If the Fed finds itself staring down the barrel of an inflation surprise once again, it will have to extend its forecast on how much further rates will need to move before peaking; the so-called terminal rate, to bring down inflation.

The central bank currently expects to put its rate hike tool back into the monetary policy toolbox when its benchmark rate reaches 3.5% to 4.5%. Suppose inflation continues to run above 8% for the rest of the year, as some market participants expect. In that case, the Fed may have to raise its terminal rate to 4.5% to 5%.