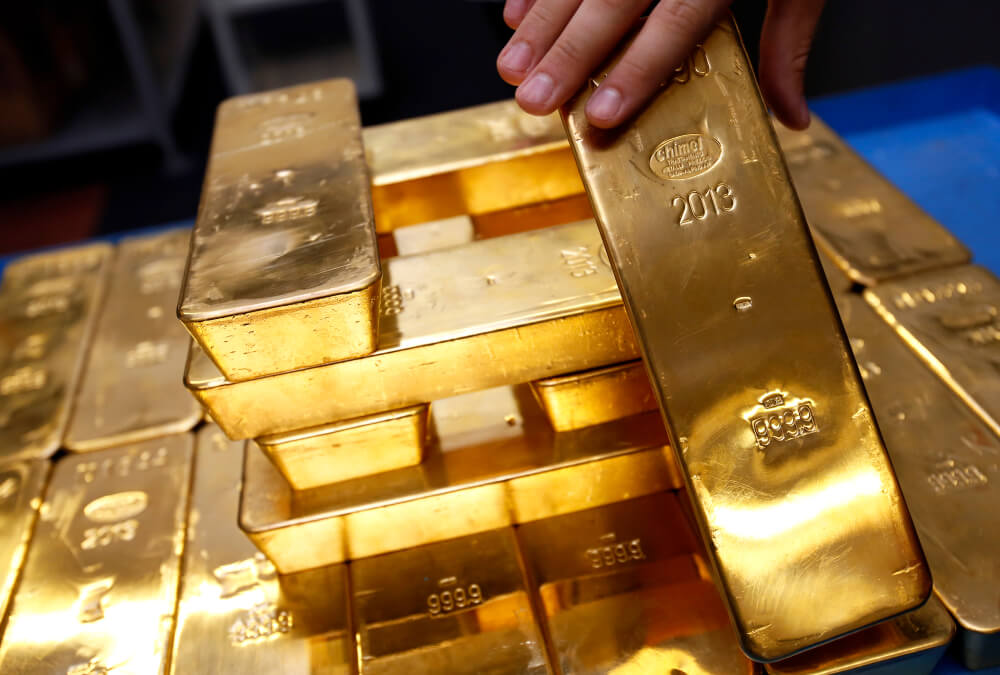 On August 26, the prices of gold were trading in the red ahead of Federal Reserve Chairman Jerome Powell’s speech at the annual Jackson Hole symposium.

This bearish trajectory is attributed to investors adopting a cautious stance ahead of Powell’s talk in Wyoming, which would be vetted for guidance on Fed’s interest rate hikes.

On Thursday. US policymakers were noncommittal regarding the size of cash rate increases that they will approve at their September meeting.

Yet, they continued to point out that repo rates would keep on rising until the nation’s inflation rate has been squeezed.

Furthermore, the American unveiled that the nation’s economy continued to slowdown in the second quarter.

The US gross domestic product decelerated by 0.60% QoQ, surpassing the market estimates of a 0.80% downtrend and topping the previous record of a 0.90% fall.

Meanwhile, China’s net gold imports through Hong Kong spiked to a nine-month high in July. It was reported that banks are snapping up the precious metal as Beijing works to revive its economy, which was hit by a resurgence of coronavirus infections.

On the technical side, an expert’s sentiment is as extreme bearish as it was at the $1,675.00 lows.

As the yellow metal recently rose to the $1,824.00 level, funds went slightly long again. However, it has been cutting these longs as bullion plummeted back.

Moreover, bonds may have a little further to go on the negative side but it is preparing to take off, with yields heading much lower.

To summarize, all technicals point that gold is heading north except for the most important factor, which is the Fundamentals, meaning the Federal Reserve.

If Powell would be less hawkish and more dovish than anticipated in his speech later on Friday, analysts believe that the bottom could be in place.