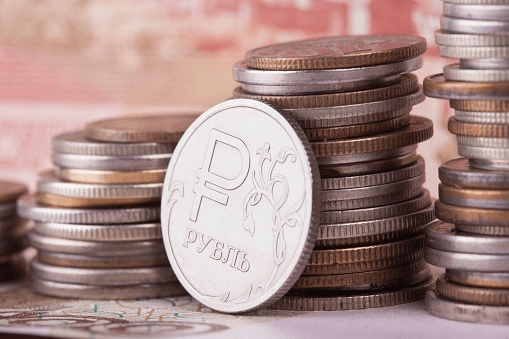 Ruble Reopens with A Decline

On top of currency controls last week that blocked foreigners from selling or collecting payments on local securities; the Bank of Russia temporarily banned banks from selling cash currency to citizens who didn’t previously have foreign-exchange accounts. Last month, the monetary authority more than doubled its key rate to 20%.

Offshore trading pointed to few actual transactions, with the indicative bid-ask spread at 7.4% of the asking price. The hedging price against further declines in the currency climbed to the highest on record this week.

In Asia, the ruble dropped to an all-time low of 20.5718 per yuan, compared with just 13.2817 at the end of February. Several Chinese banks stopped trading the currency pair last week, with signs of distress showing up in the broadest bid-ask spread.

While sentiment toward the ruble remains profoundly negative, the currency’s nearly 40% slump over the past month and the soaring cost to short it implies there’s some prospect of at least a temporary rebound.