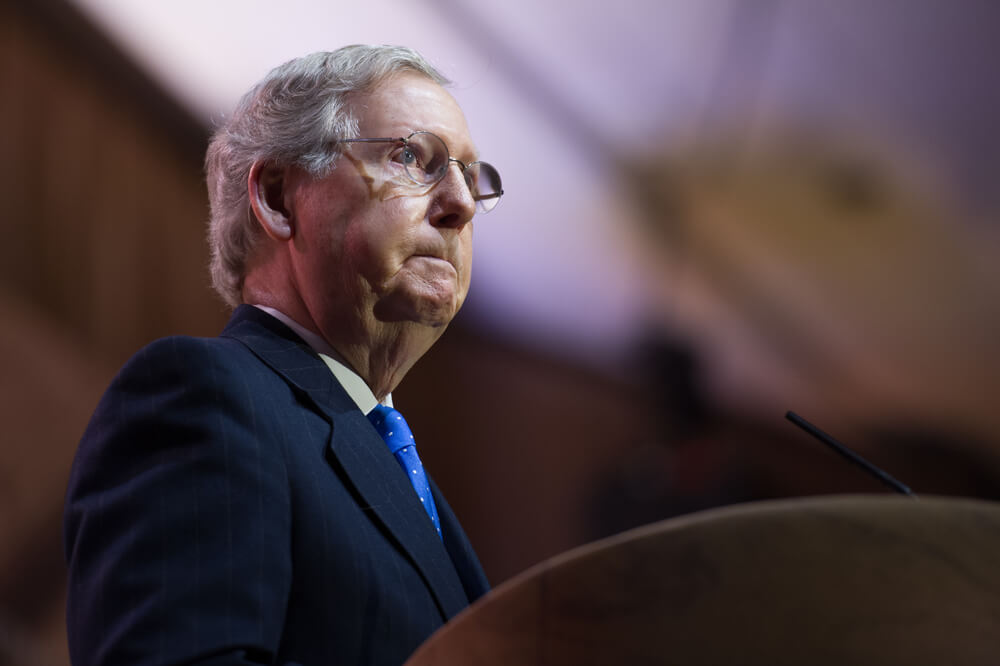 Mitch McConnell adjourned the Senate ending hopes of a stimulus package in the week ahead. Earnings and economic data are flooding in and pharma giants are leading the early billing. In a $35 billion deal, AMD is to merge with Xilinx (NASDAQ:XLNX)

Banks in Europe are showing signs of life, stocks and oil rebound after coronavirus fears caused heavy losses on Monday.

Hopes for a stimulus package for the U.S. economy in the near term all faded. Senate Majority Leader Mitch McConnell adjourned the Senate until Nov. 9.

Senate Republicans refused to go along with President Trump’s calls for a bigger package.

Economy updates due later include durable goods orders for September. These include house price data and the Richmond Fed’s regional business survey along with the Conference Board’s consumer sentiment index.

Advanced Micro Devices (NASDAQ:AMD) has agreed to buy Xilinx, its rival chipmaker. It will be in an all-stock deal valued at $35 billion, in one of the year’s biggest merger deals so far.

The deal essentially opens up new markets for AMD. The company has traditionally focused on chips that are used in laptops and gaming systems.

On the other hand, Xilinx specializes in chips that can be reprogrammed by their buyers. Their buyers include data center operators, telecommunications companies and the defense sector.

Moreover, the deal continues a wave of consolidation in the chipmaking sector. It’s coming only two weeks after Nvidia agreed to buy U.K.-based chip designer ARM Holdings from Softbank for $40 billion.

Stock markets in the United States are set to open with a modest bounce. This comes after their worst day in over a month on Monday.

Slightly outperforming in the stock market were Nasdaq futures, which were up a little more than 0.5%.

It was an intense day for earnings. Pharma companies were leading with Merck putting in the strongest performance. Pfizer also edged past expectations for profit but not on revenue.

Eli Lilly stock fell 3.0% in premarket after the company reported a 4% drop in Q3 profit. This was a day after acknowledging that its experimental antibody treatment for Covid-19 had not produced the desired results in tests.