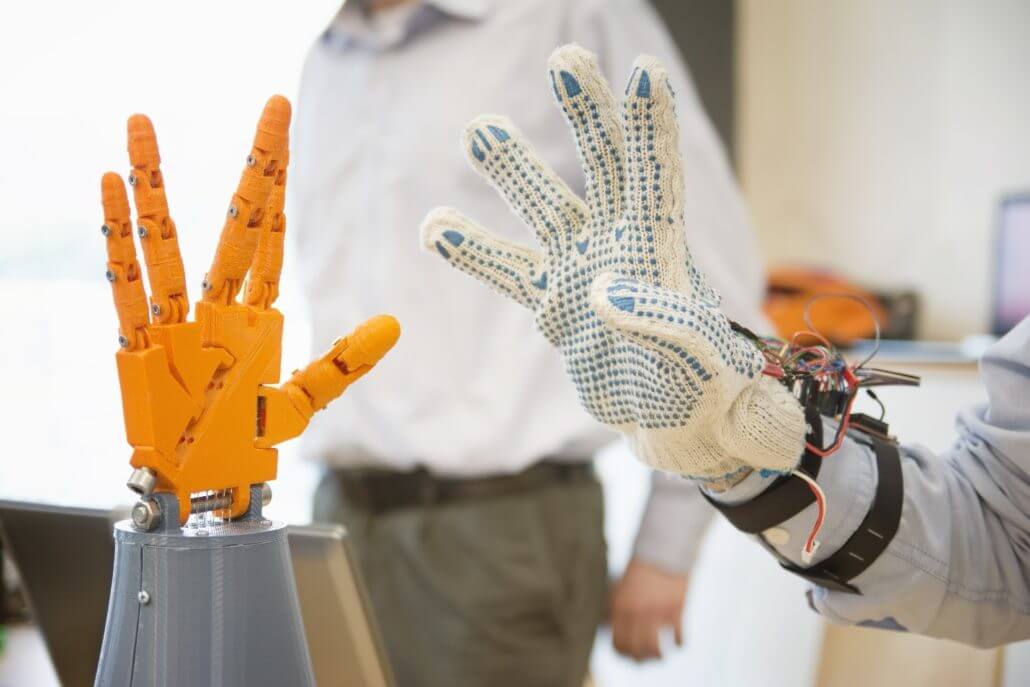 According to the latest news Ross O’Hanlon, an Edinburgh engineer, has created a robotic glove that utilizes artificial intelligence to increase muscle grip. According to him, the idea came after seeing his aunt. She has multiple sclerosis and finds it difficult to do tasks, including drink water or change the TV channel.

Ross O’Hanlon believes that it will help thousands of people with hand weaknesses to retain their autonomy.

However, the interesting question is, how the robotic glove works?

The robotic glove identifies the human’s intention to grip using a process called electromyography. Significantly, this gauges the electrical activity created in response to a nerve’s stimulation of the muscle.

It then utilizes an algorithm to convert the intention into energy. It helps the human hold an item or apply the pressure needed to complete an activity.

The new feature is likely to help with a range of daily tasks such as opening jars, driving, and making tea.

Notably, BioLiberty makes this glove, a Scottish start-up of Mr. O’Hanlon and three other engineering graduates.

According to the data, 2.5 million people in the United Kingdom undergo hand weakness through diseases. Those include multiple sclerosis, motor neuron disease, carpal tunnel syndrome, plus those who have lost muscle mass due to age.

Ross O’Hanlon announced that he decided to use technology to take these challenges head-on to help people like his aunt maintain their independence and those affected by the disease. The people continue to age, and this places increasing pressure on care services.

Moreover, he says, the company wants to support autonomous living and healthy aging by letting people live more easily in their own homes for longer.

According to O’Hanlon, they are confident that support of this type will support accelerate the glove into homes more quickly.