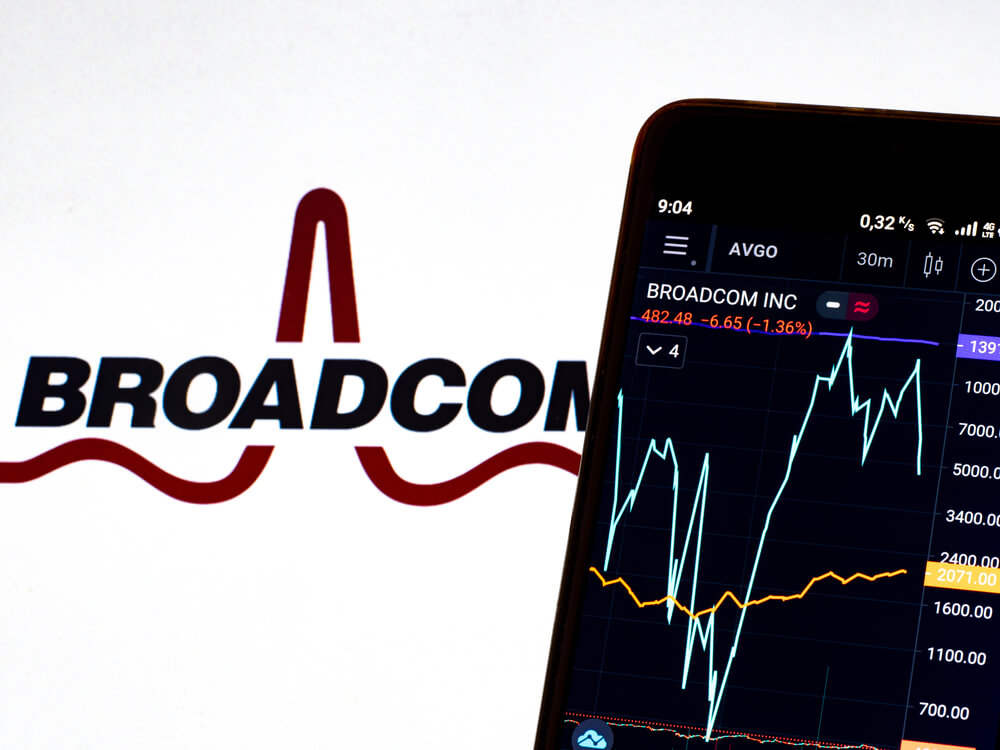 In line with this, the firm received an additional $5.89 billion to its market capitalization.

Broadcom anticipated the current quarter to post revenue of $7.90 billion. The projection came in higher than the analysts’ average estimate of $7.43 billion.

The positive outlook benefitted on the strong demand from enterprise and cloud clients, and the ramp-up in 5G technology.

Broadcom CEO Hock Tan noted that enterprise spending recovered strongly from a slump in the first quarter of last year.

Subsequently, the firm’s hardware had an order backlog of over $25.00 billion at the end of the quarter.

This record is beyond the previous $22.00 billion, painting a picture for continued solid demand this year.

Moreover, Broadcom also positioned itself to gain from the global rollout of 5G wireless technology.

It expects a boost in demand for its chips used in handsets, telecom equipment and other devices.

The global technology leader released a Q1 adjusted revenue of $7.71 billion. The number slightly edged up than the market consensus of $7.60 billion.

Eventually, the business earned $8.39 per share, outpacing the analysts’ expectation of  $8.08. It also significantly climbed from the past $6.61 result.

However, the unit came in lower than the anticipated result of $1.85 billion.

Then, it cited the spending of $2.70 billion on share buybacks during the quarter, lower than the previous $10.00 billion in Q4.

Still, Broadcom explained that its record first-quarter results benefited from the continued investments in next-generation technology.