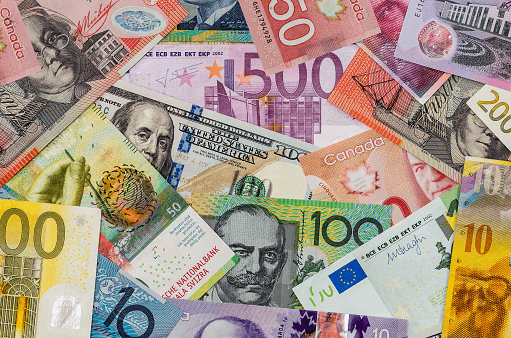 The U.S. Dollar Currency Index, which tracks the greenback against six major currencies, was down 0.7% at 103.41, its lowest since May 6. The index hit a two-decade high last week; it received support from a hawkish Federal Reserve and worries over the global economic fallout from the Russia-Ukraine conflict.

The dollar remained subdued. The data showed U.S. retail sales increasing solidly in April as consumers bought motor vehicles amid an improvement in supply and frequented restaurants; showing no signs of demand letting up despite high inflation.

The dollar index pared losses after Federal Reserve chair Jerome Powell said at a Wall Street Journal event on Tuesday that the Fed will “keep pushing” to tighten U.S. monetary policy until it is apparent inflation is declining.

The euro was up 1% at $1.0535; the currency extended its rebound from last week’s five-year low. It put more distance between the common currency and parity with the U.S. dollar.

Knot said that the European Central Bank should hike rates by 25 basis points in July. Still, it was also ready to consider a more significant rise if inflation proved higher than expected.