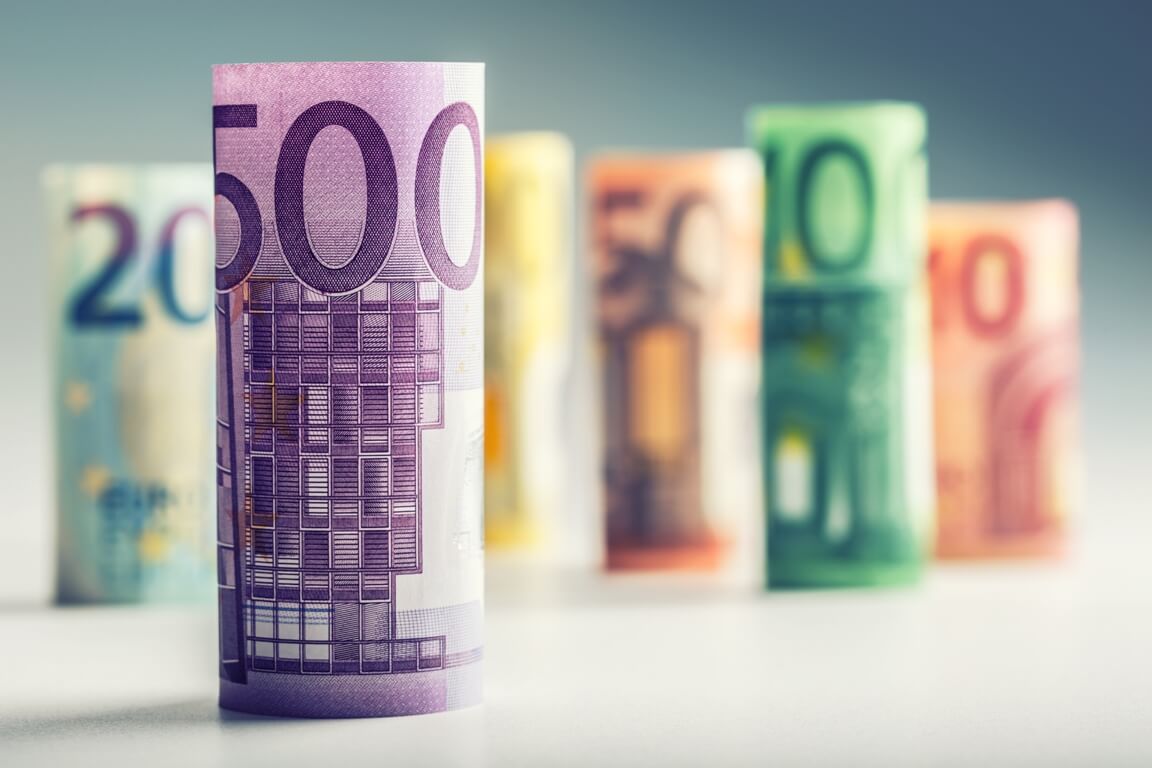 The U.S. dollar plummeted down for a second straight session on Tuesday, lowering from the 19-week peak reached at the end of January. Meanwhile, riskier currencies such as the Australian dollar and the British pound surged forward. After dropping almost by 5% in January, world equities firmed slightly in February, with currency markets also changing course.

The greenback’s downward turn could be caused by end-of-month flows that left traders needing to sell dollars in the last week. Moreover, the improved risk appetite in stock markets may also play a role, as traders consider the U.S. currency a safe haven.

According to Neil Jones, head of FX sales at Mizuho, the common currency may be more attractive than previously thought, though, when it comes to the rate hike trajectory in major economies. Currently, the market is pricing in as many as five U.S. Federal Reserve rate hikes in 2022. Refinitiv data on Eikon showed that analysts expect the first hike in March.

What does the ECB plan?

Thus far, the European Central Bank maintains its ultra-loose monetary policy stance. It has also pushed back against any market expectations for ECB rate hikes this year. Mizuho’s Jones noted that some of the greenback’s losses could come from the idea that the difference between the Fed and ECB may narrow.

He also added that from the forex market perspective, there is some thinking building that perhaps the European Central bank will raise rates, while simultaneously some expect that the Federal Reserve may not go as far as five hikes this year.

On Monday, German inflation data came out well above expectations. Consumer prices jumped by 5.1% year-on-year in January, compared to 5.7% in December. Commerzbank FX and EM analyst You-Na Park-Heger stated that if the eurozone inflation data surprises on the upside on Wednesday, the market might bet on a more hawkish ECB. That would mean that the Euro might find further support in the run-up to the bank’s meeting on Thursday.

The U.S. dollar tumbled down against the Japanese yen, with the pair trading at 114.635. The greenback plunged to a six-day low against the Swiss franc, as well.

At the same time, the Australian dollar declined sharply after the Reserve Bank of Australia pushed back against traders’ expectations for near-term rate hikes until inflation rises. Despite that, the Aussie recovered soon due to a risk-on mood. It gained 0.5% on the day at $0.71045 in early European trading. The British pound edged up by 0.3% at $1.3488 on Tuesday.

Emerging market currencies saw some gains on Tuesday thanks to a subdued dollar. Traders focused on economic data and central bank decisions in Europe due later this week. Meanwhile, the Turkish lira decreased amid risks of further rate cuts.

MSCI’s index of emerging market currencies edged up higher. News reports across the developing world pointed to slowing growth with Purchasing Managers’ Index numbers from Turkey, Hungary, India, the Czech Republic, and Poland. All of them came in below last month’s level, though still in expansion territory. Furthermore, data from Russia and South Africa showed an acceleration of growth.

The Turkish lira was the outlier among developing currencies on the day, dropping by 0.5%. The currency dropped by 44% last year and has been lower by 0.4% since the start of the year. The lira has been battered over unorthodox monetary policies, rising inflation, and anxiety around political intrusion in policymaking.

Tatha Ghose, an analyst at Commerzbank, noted that there had been at least some optimism among investors that Turkish rates would stay on hold for an extended period until inflation had lowered.