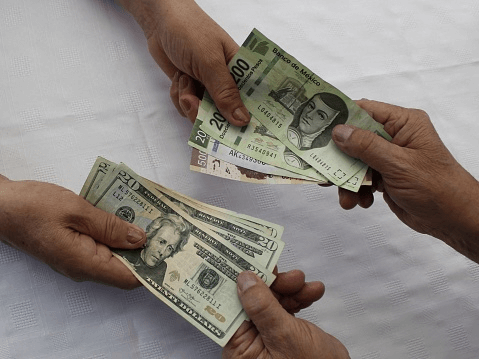 Home > Forex news > The dollar stays near a two-decade high

The dollar index, which gauges the currency versus six rivals, fell slightly to 103.81 but is still not far from the high of 104.49 reached at the beginning of the week for the first time since December 2002.

The yen resumed getting some respite from a pause in the recent relentless rise in benchmark U.S. Treasury yields, trading little changed at 130.36 per dollar after falling to a more than the two-decade low of 131.35 on Monday.

Investors will be closely monitoring the April U.S. consumer price index reading later on Wednesday for any indications inflation may be beginning to cool, with expectations calling for an 8.1% annual increase compared with an 8.5% rise registered in March.

After the Fed raised its benchmark overnight interest rate by 50 basis points last week, the most significant hike in 22 years, investors have been trying to estimate how aggressive the central bank will be.

Markets are priced for another hike of at least 50 basis points at the central bank’s June meeting, as CME’s FedWatch Tool stated.

He noted that the euro “remains heavy,” exceeding $1.05, and a strong CPI print could push the Australian dollar under $0.69.

CBA sees the possibility for a further 5 U.S. cent drop in both Antipodean currencies if strict COVID-19 lockdowns continue for several more months in key trade partner China. Nevertheless, fundamentals point to “large gains by year-end” for Aussie and Kiwis after the ending of the lockdown.