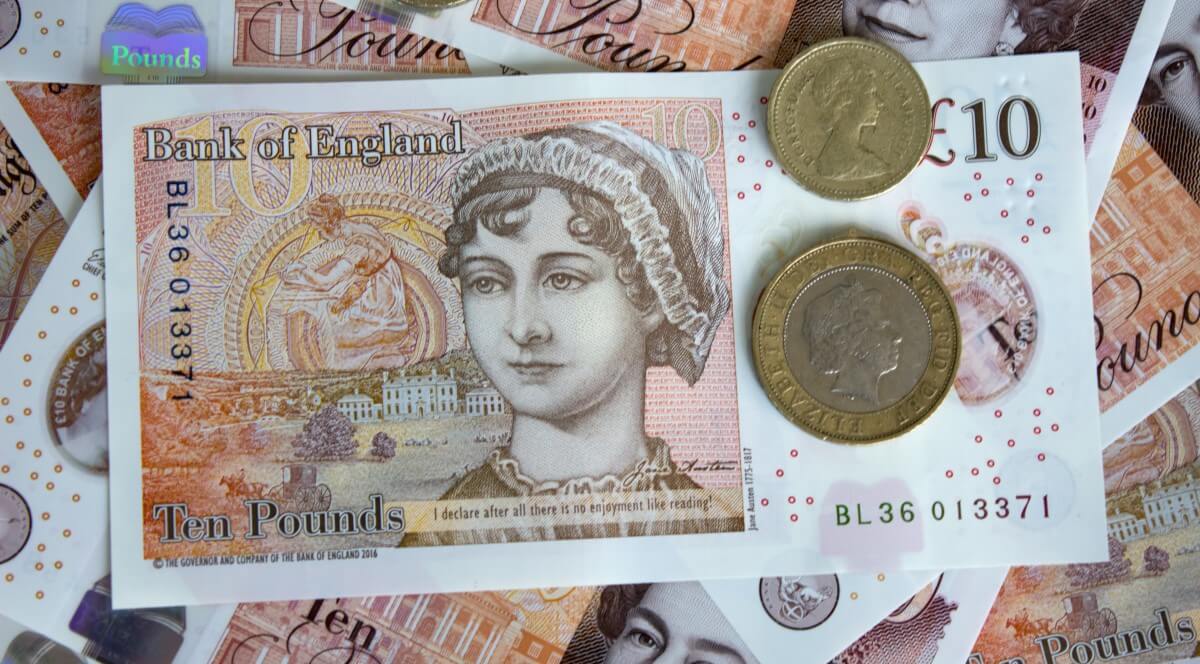 Home > Forex news > Euro fell Thursday while the USD soared. What about Sterling?

Euro fell Thursday while the USD soared. What about Sterling?

The euro declined slightly on Thursday ahead of a meeting of the European Central Bank. The latter might signal a faster-than-expected monetary tightening to hinder rising inflation. Souring risk appetite in the forex market supported the U.S. dollar today.

Analysts expect the ECB to keep policy unchanged on Thursday. However, the bank may also be forced to acknowledge that inflation could stay high for longer than it had projected initially. Some investors may take such a signal as a hint at a faster exit from stimulus.

Moritz Paysen, forex and rates advisory at Berenberg, noted that if Ms. Lagarde sticks to this tactic and talks down inflation in the press conference, the common currency will continue to lose value. He described the euro’s current negative real interest rate of 5.6% as permanently poison for a currency. Furthermore, Paysen said that he could very well imagine a revival of the euro if the ECB president holds out the prospect of serious monetary tightening.

The common currency traded marginally lower at $1.1296 today, after surging forward by about 2% in the last three consecutive sessions due to the traders’ expectations of a hawkish shift from the ECB.

Meanwhile, a plunge in tech stocks on Wall Street weakened risk appetite and supported the U.S. dollar. At the same time, the risk-sensitive Australian and New Zealand dollars tumbled down slightly.

On Thursday, Nasdaq futures plummeted by more than 2% as Facebook owner Meta Platforms Inc’s shares collapsed by more than 20% late on Wednesday due to a weaker-than-expected forecast.

Consequently, the U.S. dollar index soared by 0.06% to 96.088 against six major currencies after dropping for three days in a row.

ING analysts noted that the bigger challenge to the greenback has come from overseas, particularly in Europe. Stubbornly high inflation here is prompting traders to re-assess the amount of patience the ECB could show. Besides, the re-pricing of the ECB cycle is providing additional support to European currencies in general.

The British Pound will be in the spotlight soon. The Bank of England seems ready to raise interest rates again on Thursday. It may also signal a further unwinding of its pandemic stimulus. The sterling climbed higher against the euro while dropping by 0.2% versus the greenback.

Emerging market stocks slowed their rally in Asia, and currencies came under pressure. On Thursday, the Turkish lira plummeted after data showed inflation closing at 50%.

With the U.S. dollar halting a three-day drop and a plunge in tech, as well as social media stocks soaring appetite for riskier assets, MSCI emerging market equity index declined slightly. Markets are now waiting for central bank meetings in Britain and Europe. But this anticipation did little to soothe frayed nerves, and emerging currencies also suffered from the oppressive mood.

The lira shaved off 0.8% in its third consecutive session of decline, while Turkish stocks lowered by 0.7% before recovering their losses. Jason Tuvey at Capital Economics noted that the recent collapse of the lira, along with large hikes to energy tariffs, had driven inflation higher. He also predicted that inflation rates would likely stay close to those levels for much of the year. While that may push the central bank to leave interest rates on hold over the coming months, pressure from President Erdogan might mean that rate hikes are off the cards.

How did other EM currencies fare?

On Thursday, South Africa’s rand ended in the red, lower by 0.2%. The market sentiment suffered due to continued scheduled power cuts locally. Analysts expect them to extend until Monday.

At the same time, Russia’s rouble dropped by 0.3%, and its benchmark stock index plunged by nearly 2% as oil prices dipped. Traders keep an eye on tensions between Moscow and the West that led to a major sell-off in January.

New data in Russia showed that activity in the country’s service sector contracted in January for the fourth month running, weighed by a drop in foreign sales. However, the decline was the slowest in that period.

Hungary’s central bank decided to leave its one-week deposit rate NBHK unchanged at 4.3%. Investors expect the Czech National Bank to hike its interest rates by 75 basis points to 4.5% later in the day.