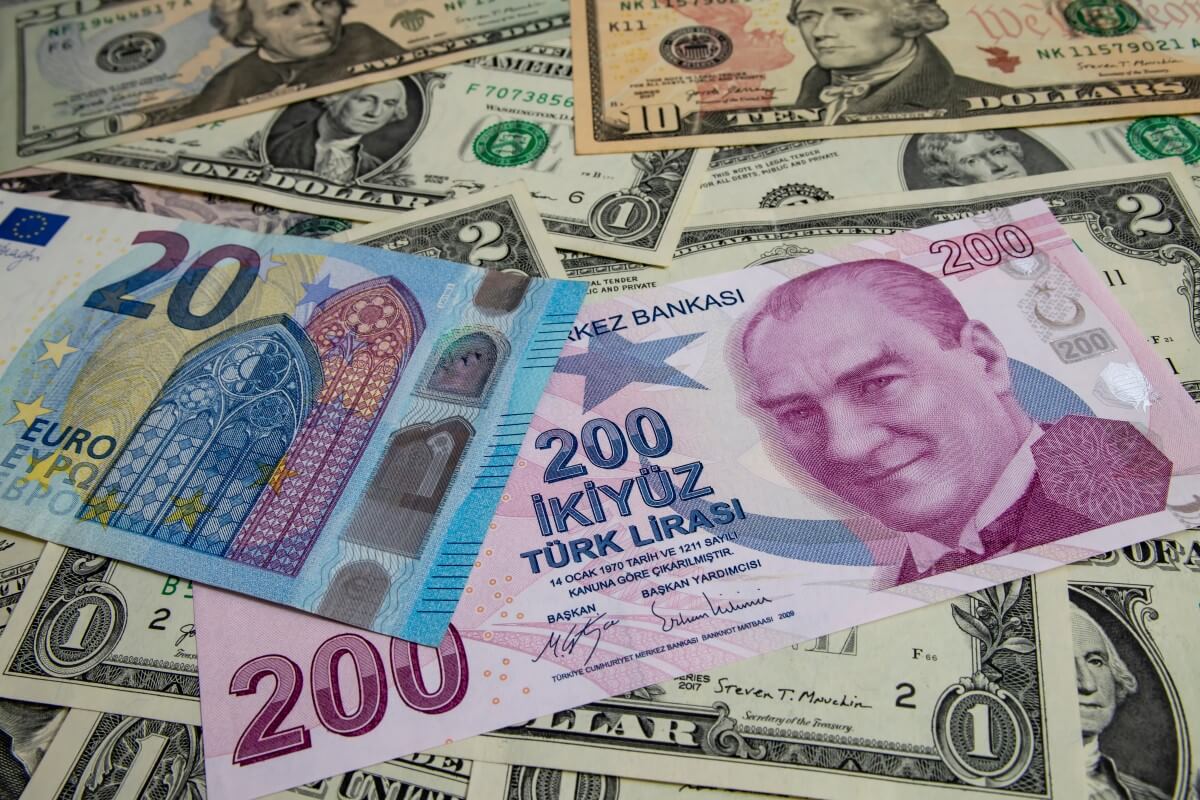 The euro firmed on Wednesday after plunging to its lowest level in a month against a strengthening greenback. The upcoming French presidential election and the prospect of new Western sanctions on Russia added to pressure on the common currency. However, it climbed up by 0.06% to $1.09130 versus the dollar today, after briefly hitting a nearly one-month low of $1.08735.

Meanwhile, the United States and its allies prepared new sanctions on Moscow over civilian killings. President Volodymyr Zelensky described those cases as “war crimes.” Heavy fighting and Russian airstrikes pounded the besieged port of Mariupol over the last few days.

ING FX strategists Francesco Pesole and Chris Turner noted that investors expect a new round of sanctions against Russia to be announced today by the U.S. and the EU. Any implications for energy exports will likely keep the European currency under pressure.

In France, eurosceptic, far-right candidate Marine Le Pen seems to close in on President Macron in the polls. A presidential election is scheduled this month, and current uncertainty about the outcome only adds another threat to the euro.

Shaun Osborne, the chief FX strategist at Scotiabank, stated that the common currency remains under significant pressure from a steep increase in U.S. yields, as well as anxiety ahead of Sunday’s first-round French presidential elections. Thus, it may test 1.08 soon.

How is the U.S. dollar faring?

The dollar index tumbled to 99.500 against the basket of six major currencies after skyrocketing to its highest since May 2020 at 99.759. On Tuesday, the index soared by 0.5% after Fed Governor Lael Brainard said she expected a combination of interest rate increases. She is typically seen as a more dovish policymaker. However, she now expects a rapid balance sheet runoff to bring U.S. monetary policy to a more neutral position later in 2022. Further tightening may follow as needed.

The Fed plans to release the minutes of its March meeting later today. Traders expect these minutes to provide fresh details on the agency’s plans to reduce its bond holdings. Antje Praefcke, the FX Analyst at Commerzbank, said that what the Fed does in May and its signals regarding interest rates this year is the most important now. Investors want to know if they should expect several hikes of more than 25 basis points. Praefcke also added that forex markets have already priced in interest rate hikes. And a confirmation of these expectations will probably have only a marginally positive effect on the greenback.

On Wednesday, the British Pound traded flat versus the dollar at $1.30770 after tumbling to a three-week low against the U.S. currency. Emerging market currencies also declined against a stronger dollar today. Worries over aggressive actions by the U.S. central bank to fight inflation caused this decrease.

The MSCI’s index for emerging market currencies plummeted by 0.2% for the second consecutive day as the greenback continued trading near two-year highs.

Emerging market currencies were also jittery due to the United States and its allies preparing new sanctions on Moscow. Moreover, the MSCI’s index for EM stocks dropped by 1.1%, with Russian stocks shaving off 0.7% in early trading. At the same time, Russia’s rouble plunged by 0.2% against the dollar in Moscow.

Asian EM markets took cues from decreases in China. Both its stocks and the onshore yuan lowered due to concerns over a worsening economic growth outlook. Shanghai extended its Covid-19 lockdown, adding to investors’ worries. According to a new survey, activity in China’s services sector shrunk at the sharpest pace in two years in March due to a surge in Covid-19 cases.

South Africa’s rand and Turkey’s lira also declined by about 0.1% in choppy trading on Wednesday. South African stocks fell by 0.2%, weighed by miners after prices of most industrial metals tumbled down on Wednesday.

In addition, many emerging and frontier markets apart from Russia and Ukraine have been embroiled in various states of instabilities. Countries including Peru, Sri Lanka, Pakistan, and Lebanon are seeing political turmoil, anti-government protests, and financial crises.

Sri Lanka’s 2027 sovereign bonds plunged by more than 3 cents in the dollar due to news that President Gotabaya Rajapaksa would not resign. People are protesting his handling of the country’s worst economic crisis in decades.