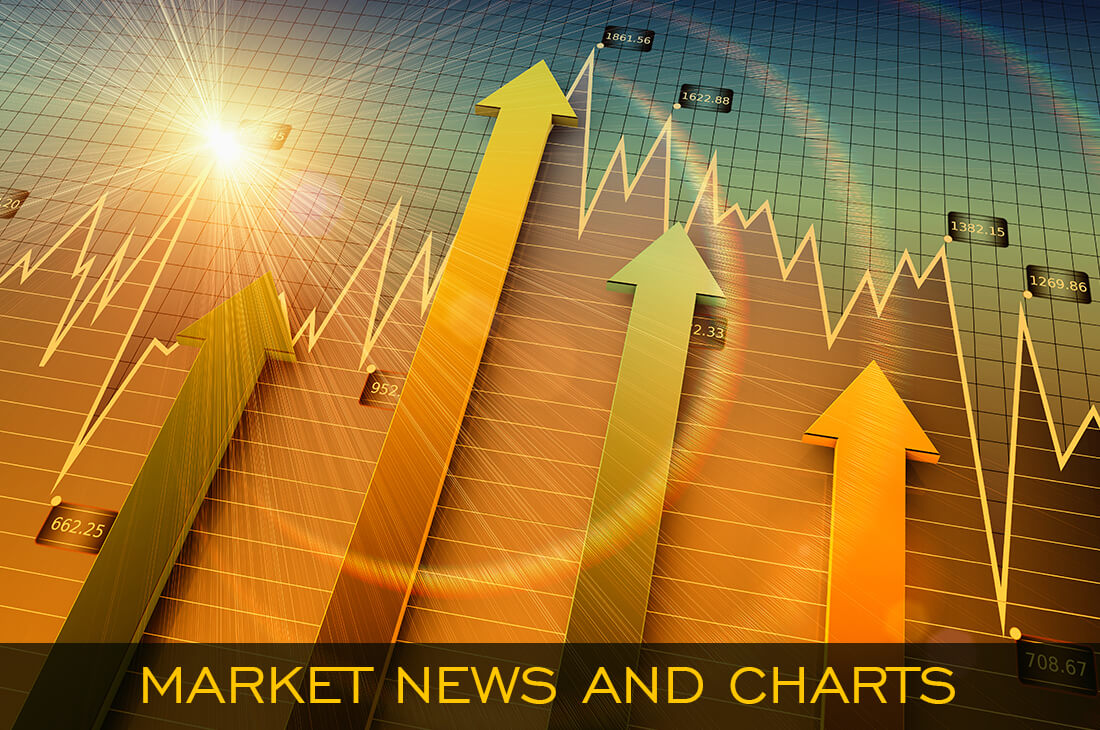 The United States have been struggling to reassure the market on the strength of their currency as the Pandemic spreads like wildfire throughout the nation, claiming the lives of 137 thousand Americans. As if this was not enough, the massive dispute and stall in trade with china has caused disruptions on the market, even further harming the dollar. This is very much reflected in the 50-day moving average versus the 200-day moving average for the US dollar to Euro pair and though it looks like the support level has been stabilized, the pair is moving downward this week again, prompting traders to wonder whether or not it will drop below the 0.8785 point. 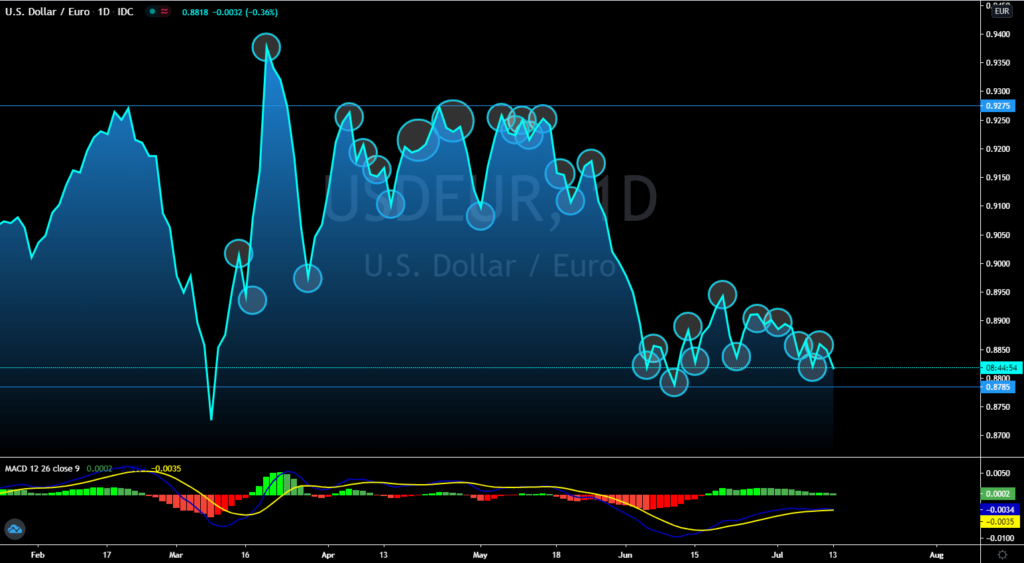 The last few couple of weeks have seen loses for the greenback and the newest global economic data has only reassured traders of the current poor standing of the currency. However, the Great British pound has been similarly struggling, with the pandemic spreading at a worrisome pace on the island, this added to the already weakened position of the pound dealt by the Brexit negotiations, the resolution of which is still in the air. The above mentioned circumstances resulted in the United States dollar to Great British pound pair to fluctuate quite predictably for the most part of the last few months, passing its support level on one occasion from 4th to 10th of June. Today we are seeing the pair to start go up again which is expected to continue till midweek. 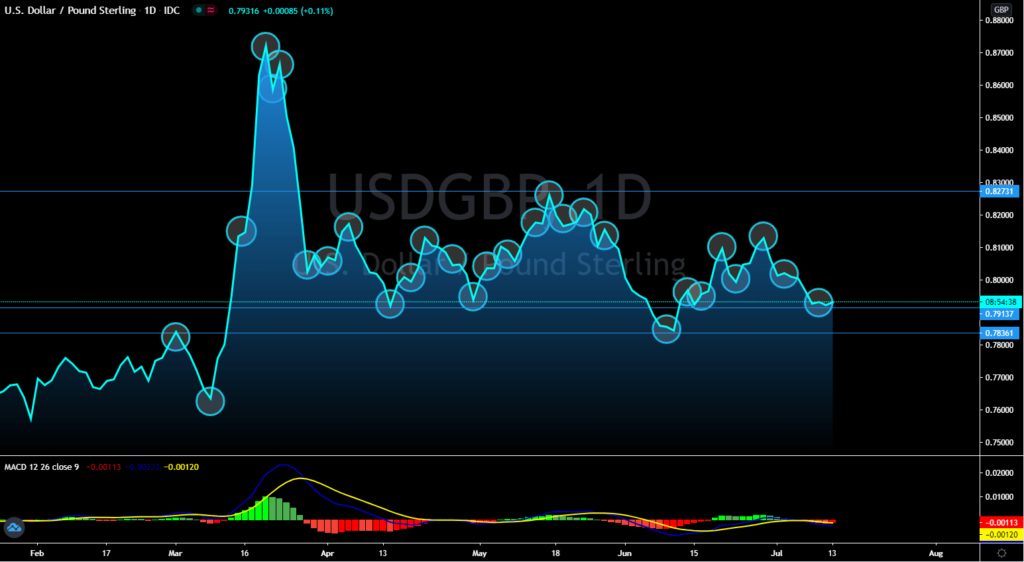 The United States to Hong Kong dollar pair still stagnant as seen on the chart, despite the short rise on 4th of July, it is back on its way the support level. The pair has been barely moving above this support since mid-April and as long as the trade dispute between China and the United States stays unresolved, nothing is expected to change. Even bearish traders have had trouble pushing the pair below the Support line. 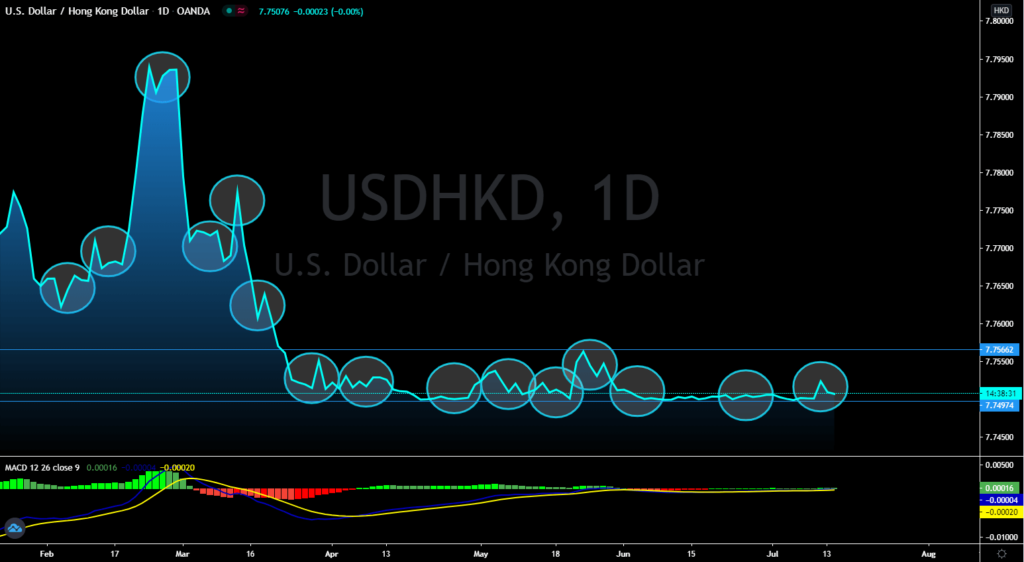 When looking at the 50-day moving average of the USD/AUD pair versus the 200-day moving average, it is simple to spot the trend at which the currency exchange rate has been going and might go. The greenback has had trouble maintaining its strength amid the pandemic and the Australian dollar has been comparatively stable. However, at the moment Australia is facing a new surge in Covid-19 cases which they are having trouble controlling. If this is left unresolved, then we might see a turn in fortunes for the pair. 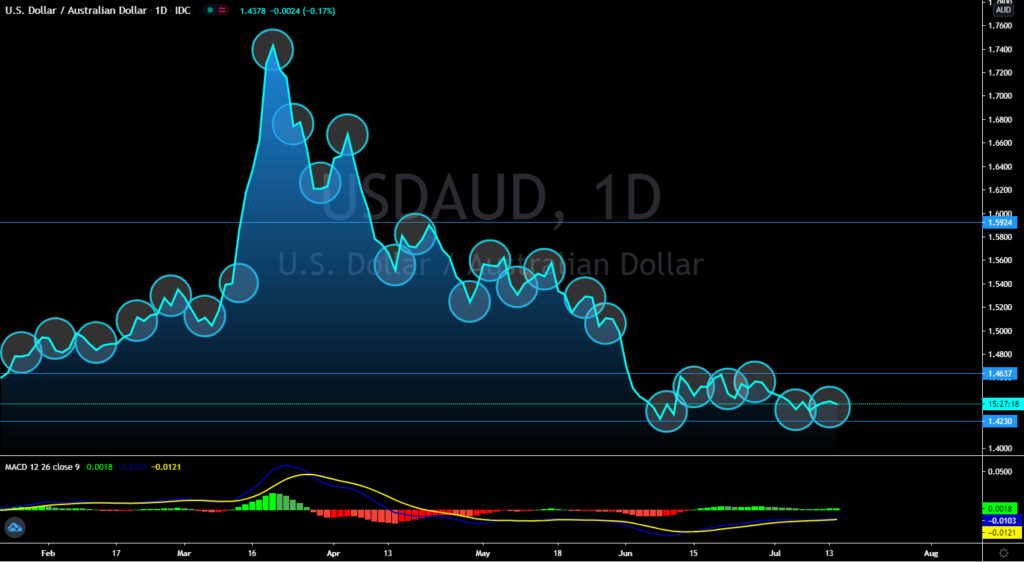