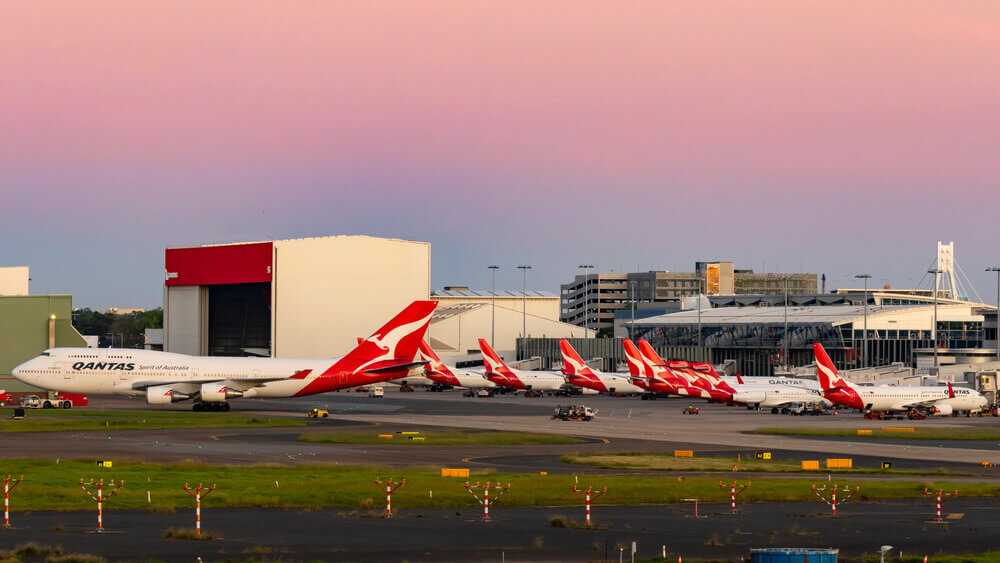 On Thursday, shares of Qantas Airways Limited declined after it projected a first-half fiscal 2022 loss of $788.00 billion due to months of lockdowns.

Accordingly, it posted a trading update today that describes the past six months as one of the worst halves since the onset of the pandemic.

The largest airline by fleet size in Australia explained that its anticipated loss included the non-cash depreciation and amortization costs.

Qantas further explained that the fuel prices add up to $354.59 million for 1H FY22. Additionally, the firm projects extra ramp-up costs in the second half as flights rise.

Remarkably, it estimated its net debt to post at $4.01 billion at the end of December. This is better than the initial liability position of $4.22 billion last June.

This improvement is due to the $574.50 million sale of land in Mascot and solid bookings as international and domestic borders open.

Moreover, Qantas CEO Alan Joyce mentioned that the domestic capacity of the firm plummeted to around 30.00% from the preCOVID levels in 1H.

The rapid surge of the Delta variant in Sydney, Melbourne, and Canberra led to widespread lockdowns. Correspondingly, this negatively impacted the travel industry.

On a positive note, he said that the recent structural changes made by the company slightly pushed back its poor trading conditions.

In line with this, the company now allows the return to work of Australian-based employees. This decision is earlier than expected and ahead of demand.

Qantas explained that this move is to ensure the maintenance of the airline’s capability. In addition, this would also help to wrap up the long period of stand down for employees.

Accordingly, the carrier expected the 3Q FY22 group domestic capacity to be 102.00% higher than the pre-COVID levels. It also forecasted the figure to edge up 117.00% in 4Q.

Likewise, it estimated its third-quarter international capacity to gain around 30.00% from the pre-pandemic data. Then, it also rose to 60.00% in the fourth quarter.