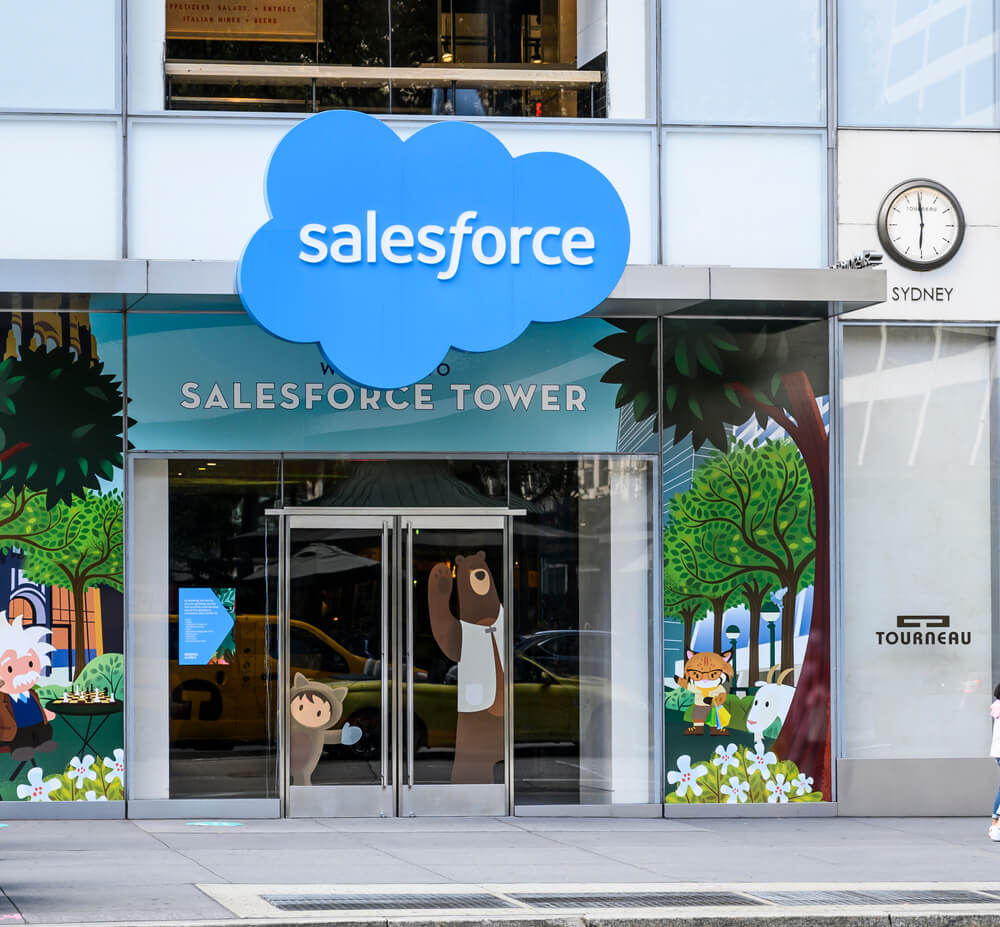 On Thursday, May 27, Salesforce shares spiked 5.4% to $238 in extended trading following the release of its earnings and guidance, which surpassed analysts’ predictions.

Salesforce.com, Inc. is a cloud software maker, and it provides relationship management services like customer services and app development.

Over a year, the company’s revenue hiked 23% in the fiscal first quarter that ended last April 30.

Currently, its revenue is $5.96 billion, surpassing analysts’ expectations of $5.89 billion.

The firm benefitted $1.75 billion in revenue, up by 28% from its current top segment subscription and support for revenue.

Its Sales Cloud product contributed $1.39 billion in revenue, which is up by 11%. Salespeople utilize this line to trail business opportunities.

The company said that it is expecting 91 cents to 92 cents in its adjusted fiscal second-quarter earnings per share and $6.22 billion to $6.23 billion in revenue.

Meanwhile, analysts predict that the corporation will have 86 cents in its adjusted earnings per share and $6.15 billion in revenue.

As a comparison, analysts’ had a projection of $3.43 in adjusted earnings per share and $25.76 billion in revenue.

The anticipated full-year adjusted operating margin expanded from 17.7% to 18%, as the revenue guidance climbed by $250 million at the middle of the range.

Aside from Salesforce, there are also shares in the stock market that made the biggest move after the bell.

First on the list is the tech company HP. HP’s stocks plunged more than 5% in after-hours trading, even if it has beaten Wall Street in its second quarter.

The firm’s released earnings were 93 cents per share on revenue of $15.88 billion, exceeding analysts’ estimates of only 4 cents per share and $15.02 billion in revenue.

On the other hand, its competitor Dell could pull up its shares by about 3% during extended trading.

It then removed those gains despite the company reporting better-than-expected first-quarter earnings.