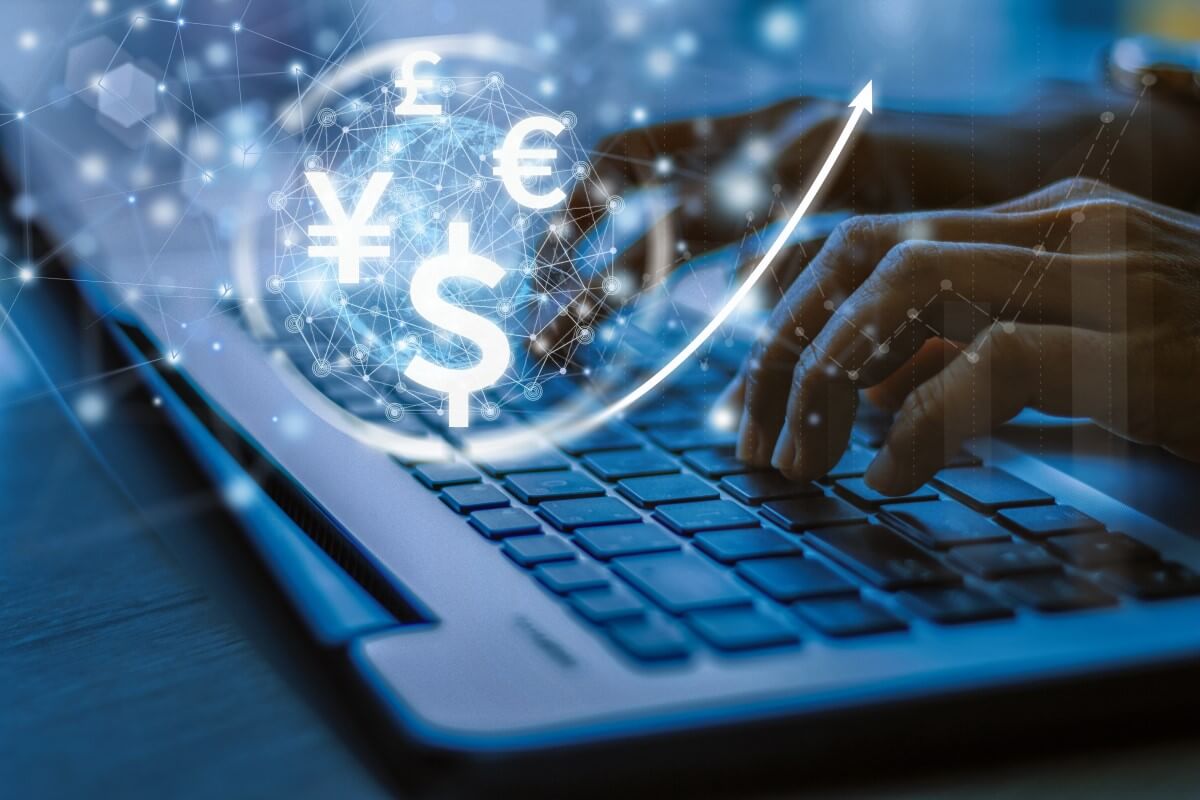 The U.S. dollar remained on track for its best week in a month against other major currencies on Friday. Considered as the safe haven, the greenback held its ground amid a selloff of riskier assets across forex markets. The dollar index declined by 0.1% on the day against six major peers, trading at 95.691. Still, it was on course for a 0.5% weekly gain, showing its best performance since mid-December.

On Friday, investor sentiment has soured due to weaker economic data, along with concerns over the pace of U.S. Federal Reserve policy tightening and rampant inflation. Moreover, stock markets tumbled in the red in Europe, following the trend set on Wall Street and in Asia overnight.

Consequently, riskier currencies, such as the Australian and New Zealand dollars, suffered some losses, while those seen as safe havens such as the Swiss franc and Japanese yen rallied.

Currency analysts at MUFG noted that the strength of the greenback today certainly looks more like the pattern they would expect in a typical period of risk-off. Besides, it was inevitable that this more normal G10 FX pattern would emerge if equity markets continued to decline.

Meanwhile, the Swiss franc skyrocketed by as much as 0.6% to 0.91170 franc per greenback. The Japanese yen also jumped by as much as 0.4% to 113.625 yen per dollar today. Both currencies lost some momentum in later trading, though, changing hands higher by 0.4% and 0.2%, respectively.

The sterling tumbled down by a quarter of a percent versus the U.S. currency to $1.35570. It also shaved off as much as 0.5% against the euro to 83.61 pence per euro. Poor retail sales in the U.K. added to a recent flow of weaker economic data. According to the latest reports, sales dropped by 3.7% in December as consumers did much of their Christmas shopping earlier. Besides, many people stayed home due to the fast spreading of the Omicron coronavirus variant.

Market players’ expectations that the Federal Reserve would tighten monetary policy at a faster pace than anticipated fueled the latter.

Forex markets are currently pricing in as many as four rate hikes in 2022, starting from March. Traders expect the Federal Reserve to start tapering its $8 trillion-plus balance sheet within months. The U.S. central bank meeting is due next week. The officials plan to determine the timeline for tightening the policy.

Even though typically, the prospect of multiple rate rises would support the dollar, thus far, the index remains flat on the year. Mike Kelly, the global head of multi-asset at PineBridge Investments, noted that higher interest rates should lead to a stronger greenback. However, if traders are told rates will go up soon, and balance sheets shrink from July, why would they buy now. They prefer to wait and then go into the higher rate structure.

Emerging market stocks tumbled down on Friday, along with European and U.S. assets. Russia’s rouble made small moves while investors waited for the results of the government’s talks with the United States over Ukraine.

MSCI’s index of EM currencies decreased by 0.1%, while shares dropped by 0.8% and 0.9% on the week. EM strategists at BNP Paribas stated that quantitative tightening by the Federal Reserve would likely mean weaker emerging-market FX against the greenback, but at a gradual pace. They expect EM central banks to tighten rates at their own pace rather than speed up the process.

Turkey’s lira got a brief boost on Thursday after the central bank kept the key rate unchanged after a series of cuts. However, it dropped down by 0.4% at last.