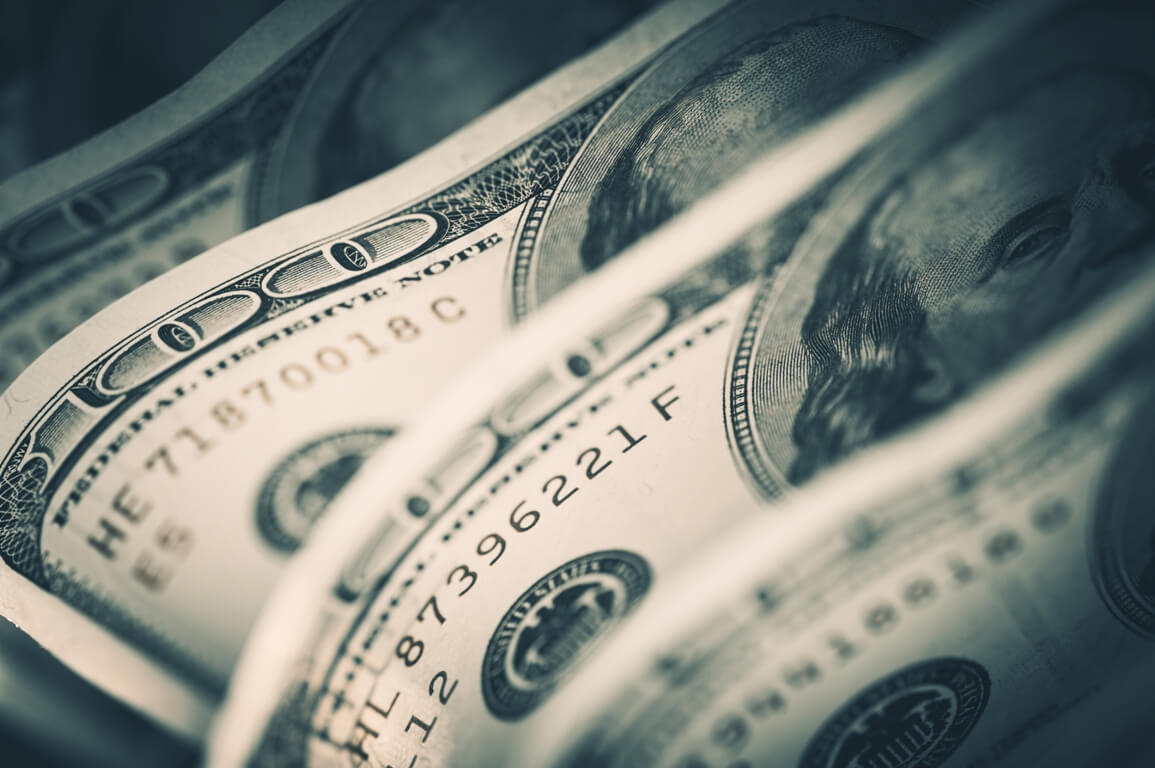 The U.S. dollar skyrocketed to a two-week high on Monday against a basket of six rival currencies. The tension between Russia and the West over Ukraine lifted the greenback. This week, the possibility of a more hawkish stance from the Federal Reserve also supported it.

Thus far, forex markets were not much concerned about the massing of Russian troops on Ukraine’s borders. However, tensions have ratcheted up several notches of late, changing the investors’ mood. U.S. President Joe Biden seems to be considering boosting military assets in Eastern Europe. He also ordered American diplomats’ families to leave Kyiv.

Markets are pricing more of a risk premium into the euro, – noted ING Bank strategist Francesco Pesole. He also added that fears are increasing that Russia’s stand-off with the West would prompt it to cut energy supplies to Europe.

The IHS Markit Flash Composite Purchasing Managers’ Index for the eurozone, which is a gauge of economic health, plummeted down in January to its lowest level since last February. The euro also dropped down by 0.26% to $1.1313 on Monday, while the dollar index traded higher by 0.20% at 95.84.

The common currency also declined against the safe-haven Swiss franc, shaving off a quarter percent to trade near a seven-year low of 1.0317. On Monday, another safe-haven currency, the Japanese yen, soared by 0.1% to 113.56 per dollar, hitting a one-month high.

How much did the U.S. currency gain over the past week?

Overall, the dollar index has added approximately 1.3% since January 14. Several banks have upped forecasts for the size and speed of policy tightening by the U.S. Federal Reserve during this period.

The agency begins a two-day meeting on Tuesday. It may signal the start of interest rate rises from March. Moreover, investors expect the Fed to indicate how fast it will move with plans to shrink its holdings of Treasuries and mortgage debt that has surpassed $8 trillion already. Most traders expect the first hike to 0.25% in March and the other three to 1.0% by year-end.

Still, on Friday, data showed speculators cut net long positioning on the greenback to the lowest since September. They added a net $2.6 billion of euro positions instead. According to ING’s Pesole, the dollar rebound could stall if the agency signaled a preference for balance sheet reduction as a means to tighten policy, leaving aside the Ukraine situation.

Pesole also added that if forex markets see the Federal Reserve willing to let balance sheet reduction do the heavy lifting, that might cause a scaleback in forecasts for the number of rate hikes. Moreover, the greenback may find more support from actual rate hike expectations than expectations of draining liquidity out of the FX market.

On Monday, the yuan climbed up by 0.2%, reaching its highest level since May 2018 at 6.328. China’s central bank is in rate-cutting mode currently. At the same time, property sector concerns are easing. As a result, flows to Chinese markets have picked up, more so into government debt. Yields on five-year and 10-year yuan government bonds hit the lowest level since mid-2020.

Commonwealth Bank of Australia stated that contrasting central bank stances might weigh on the Chinese yuan. Nonetheless, the bank expects the country’s strong trade surplus and foreign capital inflows to support the yuan in 2022.

Meanwhile, the commodity currencies, such as Australian and New Zealand dollars, plummeted. The Aussie dropped by 0.5%, hitting a one-month low of $0.71.2 on Monday. Investors are waiting for Tuesday’s data that may show core inflation at 2.4%. The Kiwi dollar plunged to the lowest level since November 2020, losing 0.3% at 0.6688.

Asian EM currencies were weaker on Monday. South Korea’s won, India’s rupee, and the Philippine peso declined between 0.2% and 0.5%. The reports indicate that the South Korean economy accelerated in the last quarter, boosted by strong exports and investments. However, an economic slowdown in China and soaring coronavirus cases pose a significant risk to the country.

On the other hand, South Korean shares collapsed to a 13-month low on Monday, leading losses among Asia’s emerging stock markets. Risk appetite also waned on concerns that the U.S. Federal Reserve would adopt a more aggressive stance on policy tightening at its meeting later this week.