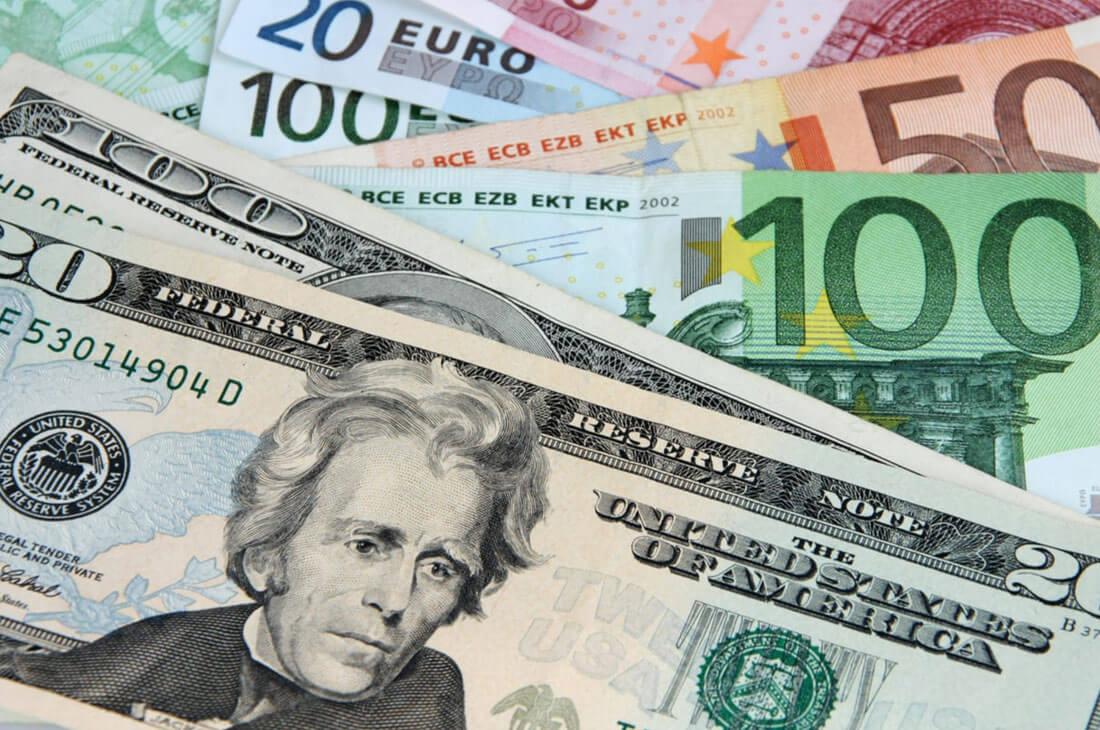 U.S. dollar rose after eight-week low. What about Euro?

The U.S. currency rebounded against a basket of currencies on Wednesday. The dollar index rose by 0.24% at 97.365. The currency hit an eight-week low after the U.S. Federal Reserve cut an emergency interest rate during the previous session. It tumbled down to 96.926, its weakest point since January on Tuesday, before gaining again.

U.S. private payrolls climbed up more than expected in February, according to the latest report. Such results pointed to labor market strength despite the recent escalation of recession fears. The U.S. services sector activity also accelerated to a one-year high in February. That suggests underlying strength in the economy even though the coronavirus outbreak continues.

Good data helped the greenback to rise. Jonathan Coughtrey, the managing director at Action Economics, stated that the dollar had found its feet after a phase of underperformance against the Euro, as well as some other major currencies.

On Tuesday, the U.S. central bank cut rates by 50 basis points to a target range of 1.00% to 1.25%. That move surprised the investors as it was executed two weeks earlier before a regularly scheduled policy meeting.

The investors are waiting to see if the other major central banks will follow the Fed and make emergency cuts to their interest rates to prevent economic damage due to the epidemy. But the banks are avoiding such a radical step so far.

What about other currencies?

The Canadian dollar declined against the greenback on Wednesday. The Bank of Canada slashed its benchmark interest rate to 1.25% from 1.75%, causing its currency to weaken.

On the other hand, the pound was flat against the U.S. dollar at $1.2817. The forex markets in the eurozone are pricing a 90% chance that the European Central Bank will cut its deposit rate by ten basis points next week.

The Euro tumbled down on Wednesday after the last weeks’ rally, lowering by 0.31% at $1.1136. Stephen Innes, the chief market strategist at AxiCorp, stated that the ECB’s imminent cut caused the currency’s fall down.