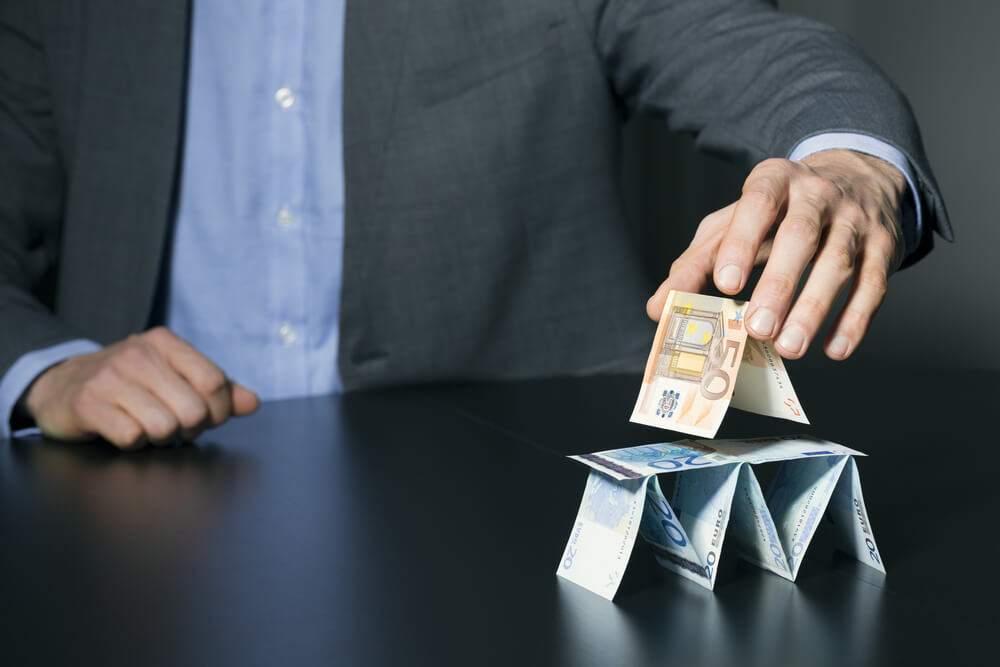 Understanding a Pyramid Scheme and Why You Should Avoid It

A pyramid scheme is a fraudulent method that disguises itself as a legal business. While it is pretty similar to a multi-level marketing (MLM) company, they have particular, significant distinctions that people should take note of.

To further understand what makes a business a pyramid scheme and how this illegitimate practice works, here is some crucial information about it.

A pyramid scheme in investing refers to a fraudulent financial program of generating considerable profits by finding and recruiting more investors.

It is called a pyramid scheme because it uses a hierarchical setup. In this setup there are a number of participants that grow at every level. Investors at the top need a big base to support the scheme. As a result, promoters recruit new investors who, in turn, recruit more market players and so forth. Hence, the name pyramid.

A pyramid scheme can look like a credible MLM company providing legit products and services at first glance. However, the business’s real focus is on increasing the number of investors rather than the sales numbers.

Investor is only one of the names often used to refer to a new participant in the pyramid scheme. A new member can also go by titles such as agent, distributor, or salesperson.

When it comes to the difference between a legitimate MLM program and a pyramid scheme, it boils down to the existence of the product or service being sold.

Genuine MLM businesses sell authentic products and services that many people may have seen or heard of. On the other hand, pyramid schemes have no actual products to market. Instead, they’re only using that as a reason to gain more investors.

Participants in a pyramid scheme are usually required to pay membership fees and commissions. They also need to make a monthly purchase of a fixed amount of product inventory to stay in the program. Overall, pyramid schemes barely make an effort in marketing and selling products and services.

As mentioned above, a pyramid scheme aims to make big money by recruiting more investors. It is called a pyramid, as the strategy starts with one member employing more people to work for their company. The new participants then recruit more people under them and so on.

A pyramid scheme starts with a small group finding and getting new members to be part of the company, pay a membership fee, or buy a set amount of inventory every month.

Investors’ fees, sales commissions, and inventory sales go to the business heads. If the scheme works, it will have to rely primarily on the constant purchases and rising investments by its ever-growing group of new investors moving forward.

The heads of the pyramid scheme turn huge profits by collecting the fees and commissions from the distributors and salespeople working under them.

The Federal Trade Commission (FTC) requires MLMs to strictly follow its 70% rule. It states that non-distributors should buy at least 70% of all products. With this rule, an MLM can be recognized as a legitimate business and not a pyramid scheme.

The structure of MLMs and pyramid schemes also takes the form of a  pyramid. Still, lawful MLMs are more concerned about the business’s sales than employing more salespeople to produce commissions.

Pyramid schemes can come in several forms, making such a fraudulent practice quite tricky to recognize immediately.

For instance, MLMs with poor planning can become pyramid schemes once they are unable to continue without regular employment. In addition, some pyramid schemes can sell actual products or services. Meanwhile, others only offer empty promises to sell products and let the founders earn a profit.

Many investment clubs provide a credible forum that allows investors to create a money pool for grouped investing.

However, investment clubs can sometimes work as pyramid schemes. Such dangerous forums are more focused on getting new investors than determining which legit investments align with their needs and goals.

These fraudulent investment clubs often offer the opportunity for a quick profit. The people behind the scheme try to talk investors who have already made money into starting their own investment groups.

Investors who heed the advice will then invite their business colleagues, friends, and family to participate and put money into the scheme. In return, the orchestrators promise the club creator a share of the money that the members invested.

The creator will also need to teach the members about operating their own clubs, for which they are rewarded and then pass on the rewards to the investment club creator, and so forth.

A chain email is another type of pyramid scheme that offers the chance of making investors a certain amount of money. While chain emails provide different instructions, they all share the same purpose.

In a chain email, the recipients will first send some money to the individual who is first on the list of group emails. The next step would be to remove that individual’s name from the list. Then, include their name at the bottom, and forward the email to another group with the goal for them to do the same thing.

Pyramid Scheme In a Nutshell

Overall, pyramid schemes are only financially beneficial for individuals standing at the top of the pyramid. They get most of the money, while those beneath them usually fail to benefit from the scheme.

To protect yourself from being involved in such an illegal business, focus on this factor: If the investment opportunity promises a big payday but offers no actual product or service, and you’re required to recruit more participants into the program, you’re likely dealing with a pyramid scheme.