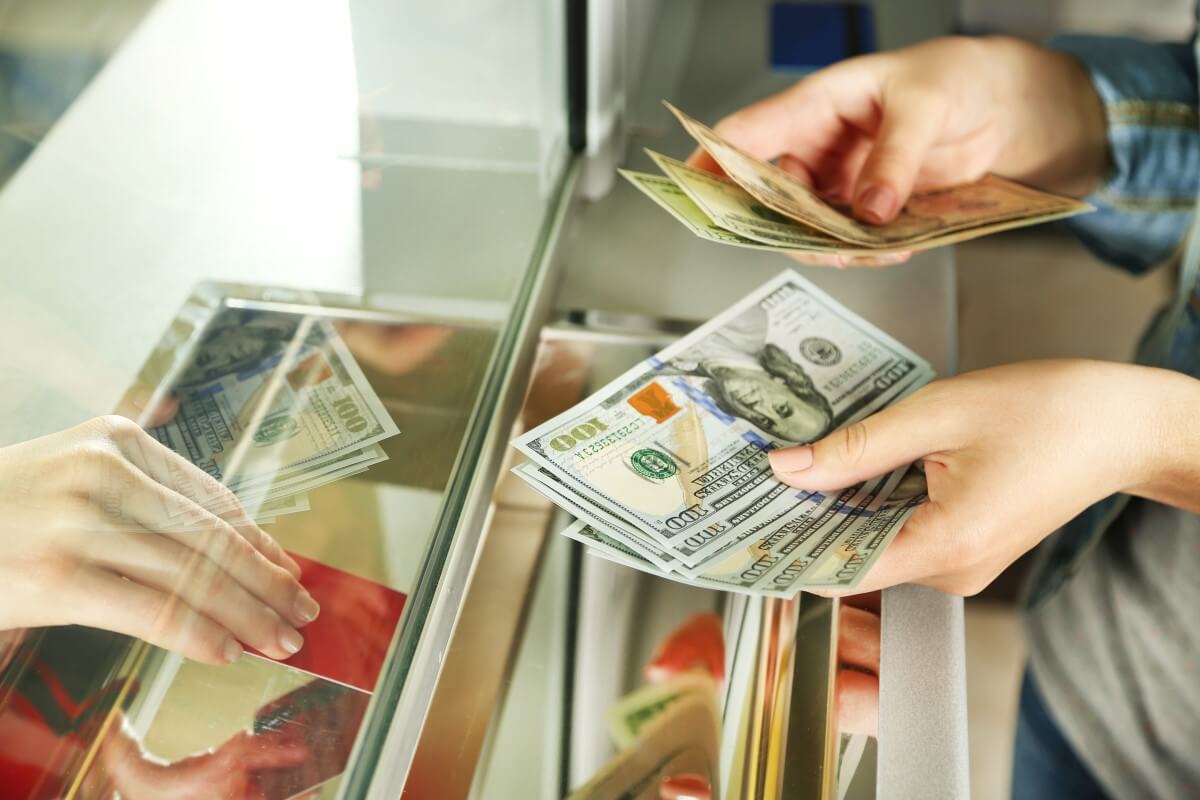 The U.S. dollar steadied later in Wednesday’s session after falling to an almost two-month low against other major currencies. Traders expected data to show a new rise in U.S. inflation that could strengthen the case for an early increase of interest rates.

On Tuesday, Federal Reserve Chair Jerome Powell gave no clear indication that the agency was in a rush to speed up plans for tightening monetary policy. That put some downward pressure on the greenback, which has rallied thanks to U.S. rate-hike expectations in recent weeks. However, the currency started to rebound as investors waited for the December U.S. consumer price index (CPI), which is due later today.

On Wednesday, the dollar index traded at 95.643 at last, steady on the day. It remained above the 95.533 low hit during the Asian session; the lowest level reached since November 18. According to the forecasts, U.S. CPI may come out at a red-hot 7% on a year-on-year basis. That would be the highest annual CPI number since 1982.

Currency markets expect an inflation print above 7%. Thus, they may contain the immediate reaction – noted ING currency strategist Francesco Pesole. He also added that this news should allow consolidation for a floor below the dollar in the near term, further strengthening expectations for three Federal Reserve hikes, while also leaving the door open to speculate for four in 2022. Pesole thinks that is a reason for markets to keep buying the dips in the U.S. currency for the time being.

What did Fed Chair Jerome Powell speak about?

In testimony at his renomination hearing on Tuesday, Powell stated that the U.S. economy was ready for higher interest rates, as well as a run-off of its asset holdings to fight inflation. However, he also said that Fed officials were still debating approaches to reducing the agency’s balance sheet. Powell added that it could sometimes take two, three, or even four meetings to make such decisions.

Forex markets currently price about 85% odds of a rates hike by March while anticipating a total of at least three quarter-point rises by year-end. Recent comments from businesses suggested they faced higher price pressures from wages and raw materials – noted April LaRusse, the head of fixed income investment specialists at Insight Investment. She links that it’s unlikely to get an undershoot in the inflation data, and it’s a relief that it wasn’t higher.

Meanwhile, the dollar edged up by 0.1% at 115.40 against the Japanese yen. At the same time, the euro remained steady at around $1.1364. A rally above $1.1387 would take the common currency to its highest level since mid-November.

On Wednesday, the Australian dollar plummeted down from almost one-week peaks at $0.72230 as the U.S. dollar regained its footing. However, the Canadian dollar surged forward at 1.25345, hitting a two-month high against the greenback.

The British Pound was firm after soaring to $1.3645 for the first time since November 4. A view that the worst of the Omicron coronavirus variant surge maybe be passing in Britain boosted the sterling. It also helped pave the way for another near-term rise in U.K. interest rates.

How did the E.M. currencies fare?

MSCI’s index of emerging market currencies skyrocketed to its highest level since September on Wednesday. At the same time, gains across bourses put the stocks index on track for its best session in over a month.

Strategists at T.D. Securities noted that Powell’s renomination hearing confirmed what the forex market had already priced in. They think that at this juncture, a March rise of the interest rates should do little to change the market player’s tone.

China stocks gained the most today. Cooling factory-gate inflation left room for easing monetary policy in the country. As a result, Hong Kong’s tech index soared by 5%, while Alibaba and Meituan rallied by 6% and 9%, respectively.

Meanwhile, the Russian rouble gave up early gains. Despite that, the currency was steady against the U.S. dollar at last. Moscow plans to talk with NATO later in the day, but prospects for breakthroughs are slim. On Tuesday, Russia staged live-fire exercises with tanks and troops near the Ukrainian border.

Elena Lovén, senior portfolio manager, E.M. equities at Swedbank Robur, noted that currently, the risks are more or less in the price of the market, and they will remain so if there is no escalation in the situation after talks.