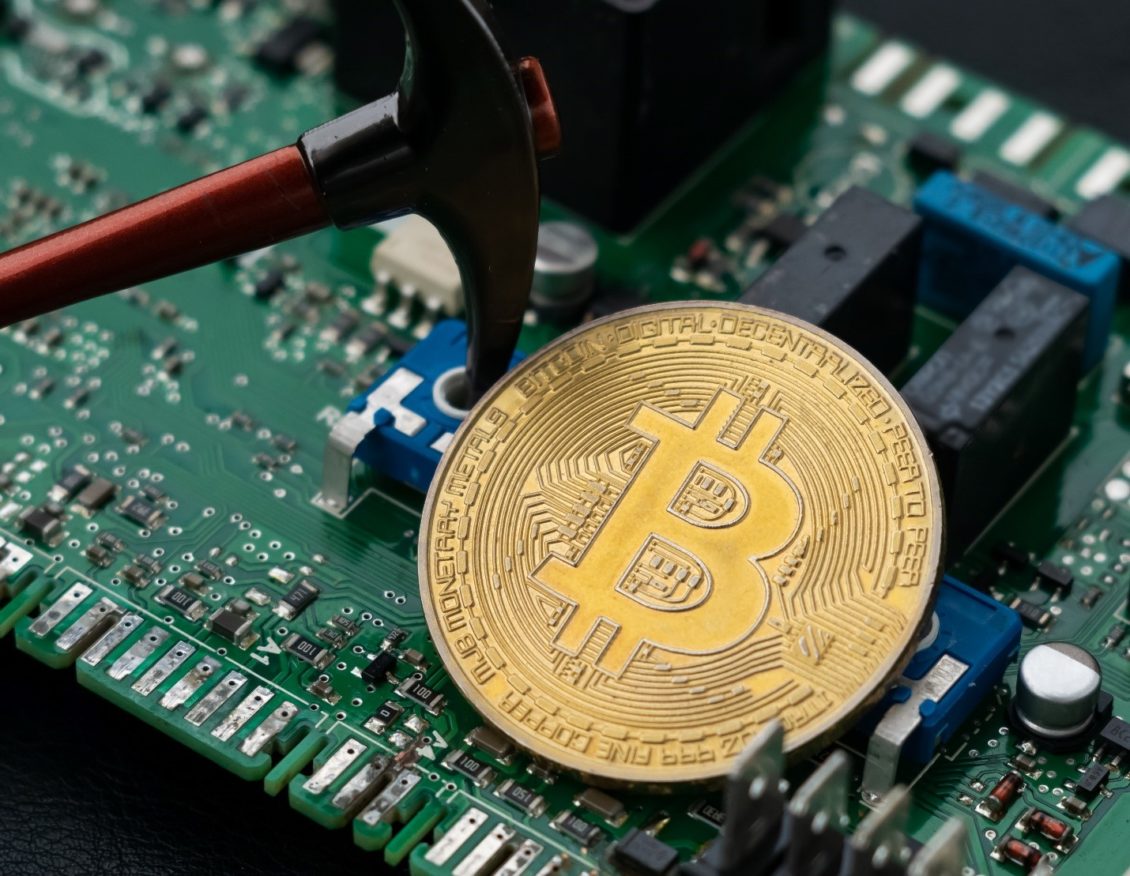 Home > Trading Education > What is Bitcoin Mining and How Does it Work?

Just as gold is excavated from the earth, Bitcoin is also mined using machines but unlike bullion extraction, it uses large systems that are similar to data centers.

Let’s dive into the world of bitcoin mining and understand the process that miners are going through.

WHAT IS BITCOIN MINING?

Also, it is an act of confirming new transactions, making it a critical component of the blockchain ledger’s nurture and improvement.

Regular computers and gaming systems are not efficient for mining since the process can heat up such programs.

The customized machine for bitcoin mining is the ASIC or Application-Specific Integrated Chip and it is the main framework investment for miners.

Its price ranges anywhere between $4,000 to $12,000 but even with such high costs, a singles ASIC-equip infrastructure is generating less in comparison with a single bitcoin token.

Thousands of ASIC systems are organized by bitcoin miners into mining pools that are running 24/7 to generate the 64-digit hexadecimal number that is required in solving a hash puzzle.

The power needed to generate this framework could run up to a valuable bill, considering that it consumes as much electricity as a certain country need.

In terms of network speeds, it is important that a bitcoin miner has an internet connection that is also available 24/7, just like the electricity, without any interference.

Also, it should have latency from the nearby mining pools.

Dedicated networks diminish external dependency and warrant that the latency is minimized.

Going offline does not necessarily mean that the process of syncing transactions would be halted but it could turn into a time-consuming process and it will possibly be prone to errors after a connection has been established.

Hence, bitcoin mining is meticulous, costly, and only episodically rewarding.

Nonetheless, it has a magnetic attraction for a lot of investors who are interested in cryptocurrency because of the fact that bitcoin miners are receiving rewards for their work with digital tokens.

Aside from incentive rewards, they also get a separate transaction fee once they participate in the mining process.

In addition to these recompenses, bitcoin miners are also obtaining fees from any undertaking that is contained in that block of transactions.

As Bitcoin set foot on its planned limit of 21 million, which is expected to be around 2140, miners will be remunerated with fees for processing transactions that network users will pay.

These payments make certain that bitcoin miners still have the incentive to mine and keep the network working.

Meanwhile, the bitcoin reward that miners receive is a stimulus that motivates people to help in the primary purpose of mining, which is to legitimize and monitor cryptocurrency transactions as well as to verify their validity.

It is being done since many digital currency users all over the world are sharing these responsibilities and because bitcoin is decentralized or does not rely on any central authority like a central bank or government to be regulated.

Yet, before you invest your blood, sweat, and tears alongside your time and equipment, you must first understand how does bitcoin mining is working.

HOW DOES BITCOIN MINING WORKS?

The core of bitcoin mining is a mathematical puzzle or equations that miners are supposed to solve in order to earn BTC rewards.

It is called a Proof of Work (PoW) as a reference to the computational labor squandered by miners to mine a single bitcoin.

Even though it is often called to as complex, the mining puzzle is actually fairly simple and bitcoin miners describe it as guesswork.

The miners in bitcoin’s network are trying to guess a 64-digit hexadecimal number, which is referred to as a hash, that is less than or equal to a target hash in SHA256, bitcoin’s PoW algorithm.

The system of a bitcoin miner is using a considerable bestial force of multiple processing units that are stacked together and spit out hashes at different rates depending on the units used to guess all the possible 64-digit combinations until they arrive at the written answer.

The systems of miners that guessed a number less than or equal to the hash are rewarded with bitcoins.

For example, you asked your friends to guess a number between 1 to 50 that you have thought of and secretly written down on a piece of paper.

Your friends do not have to come up with the exact number that you have chosen, instead, they just have to be the first one to guess a number less than or equal to your preferred digit.

If you chose the number 5 and one of your friends came up with 7, that means they lose because 7 is more than 5.

However, if someone guesses 3 and another one chose 4, then the latter would win since 4 is much closer than 5.

This is the same situation described earlier for bitcoin mining except that it is a 64-digit hexadecimal number and thousands of computing networks.

What is a “64-Digit Hexadecimal Number”?

The example below is an example of such a number that contains 64 digits and letters.

To grasp what these letters are doing within the numbers, let us first decipher what does hexadecimal means.

In turn, this means that every numeral of a multi-digit number has 100 probabilities, which is from zero up to 99.

In computation, the decimal is system is disentangled to base 10 or zero through nine.

On the other hand, hexadecimal means base 16 since the word “hex” and “deca” was derived from the Greek word for six and 10, respectively.

In a hexadecimal system, each figure has 16 possibilities but our numeric system is only offering 10 different ways of representing numbers from zero to nine.

It is the reason that is why letters are needed to be added, specifically A, B, C, D, and F.

Fortunately, a bitcoin miner does not need to calculate the total value of this 64-digit number, which is often called the hash.