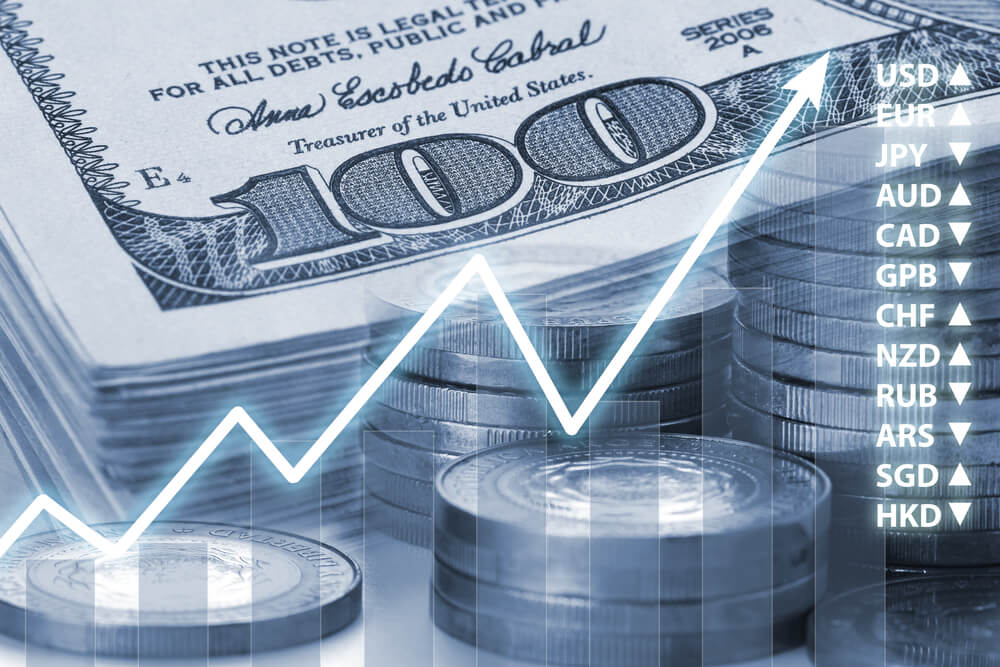 Dollar hit a record high while other currencies plunged low

The U.S. dollar surged forward on Wednesday, hitting its highest point since March 2017 against the Japanese yen and a 16-month peak versus the common currency. The new report showed strong economic data, prompting bets for earlier Fed interest-rate hikes. The greenback jumped as high as 114.975 Japanese yen, but it traded flat at 114.82 at last.

On the other hand, the Australian dollar plummeted down to the lowest level in more than a month. According to analysts, wage data couldn’t strengthen the case for tighter monetary policy in the country. The euro plunged abruptly to $1.1263, reaching that level for the first time since July 2020. At last, the currency exchanged hands 0.2% lower at $1.12985.

Maybank senior FX analyst Christopher Wong noted that the common currency’s dip was exacerbated by frequent stops triggered at $1.1290. Still, the big drivers of the greenback’s recent broad surge are monetary policy and inflation. According to Wong, for the major currencies, inflation is a driver of growing developed-market policy divergence, which is in favor of the U.S. dollar. Thus, the latter’s gains will likely become more pronounced versus lower-yielding majors such as the Euro, the Japanese Yen, and the Swiss Franc.

On Wednesday, the dollar index soared by 0.1% to 96.053. Before that, it had touched 96.266 briefly for the first time since July 2020. The much-awaited report showed on Tuesday that U.S. retail sales rose more than expected during the previous month, building on the momentum from last week when another data showed consumer prices skyrocketing at the highest rate since 1990.

Will the Fed increase interest rates?

Forex markets are currently pricing in a high probability of a Federal Reserve’s rate increase in June. Traders think that the agency will add another rate hike in November.

The central bank should prepare in case inflation does not begin to ease and tack in a more hawkish direction over its meetings – stated St. Louis Fed president James Bullard on Tuesday. Several Federal Reserve officials will speak on Wednesday, New York Fed chief John Williams among them.

Westpac strategists think that the U.S. economy seems to have shaken off the Delta Covid-19 soft patch. It is now regaining forward momentum, even though the latter is still slow due to the ongoing supply chain issues and reopening bottleneck. The strategists also recommended buying the greenback on any dips into the low 95 level.

They also added that hawkish comments from Bullard will likely leave forex markets comfortable pricing in Fed hikes for the coming year. That would be a stark contrast with Europe, considering that the eurozone countries are implementing renewed coronavirus suppression measures.

Germany’s parliament announced that it would vote on stricter measures on Thursday. The country is trying to deal with the new covid outbreak. Moreover, Austria issued a lockdown for unvaccinated people at the start of the week. The Netherlands, France, and many other countries in Eastern Europe are also struggling to contain virus cases.

On Monday, European Central Bank President Christine Lagarde declared the tightening of monetary policy, aiming to rein in inflation that could hinder the eurozone’s recovery. She speaks later on Wednesday, as well. ECB board member Isabel Schnabel is also going to speak at a separate event.

How did the Sterling fare?

On Wednesday, the British Pound remained firm. The new data showed yesterday that British employers hired more people during the previous month after the government’s job-protecting furlough scheme ended. The Pound exchanged hands essentially flat at $1.3424 after skyrocketing as high as $1.3472 overnight.

Investors are now waiting for the new consumer price data, which is due later Wednesday. They are looking for any hints that may support the Bank of England’s tightening.

Meanwhile, the Australian dollar tumbled down by 0.21% to $0.72895 on Wednesday. The country’s wage growth data came in today, but it has done nothing to sway a dovish Reserve Bank of Australia.

RBA governor Philip Lowe pushed back against forex market pricing for a rate hike next year on Tuesday, stating that recent data and forecasts did not warrant such a move.

Most emerging market currencies also declined on Wednesday as the greenback hit high. The South Korean won suffered the most after a recent surge of coronavirus cases in the country. The won lost as much as 0.5%, with the Malaysian ringgit and the Indonesian rupiah decreasing by 0.3% each.