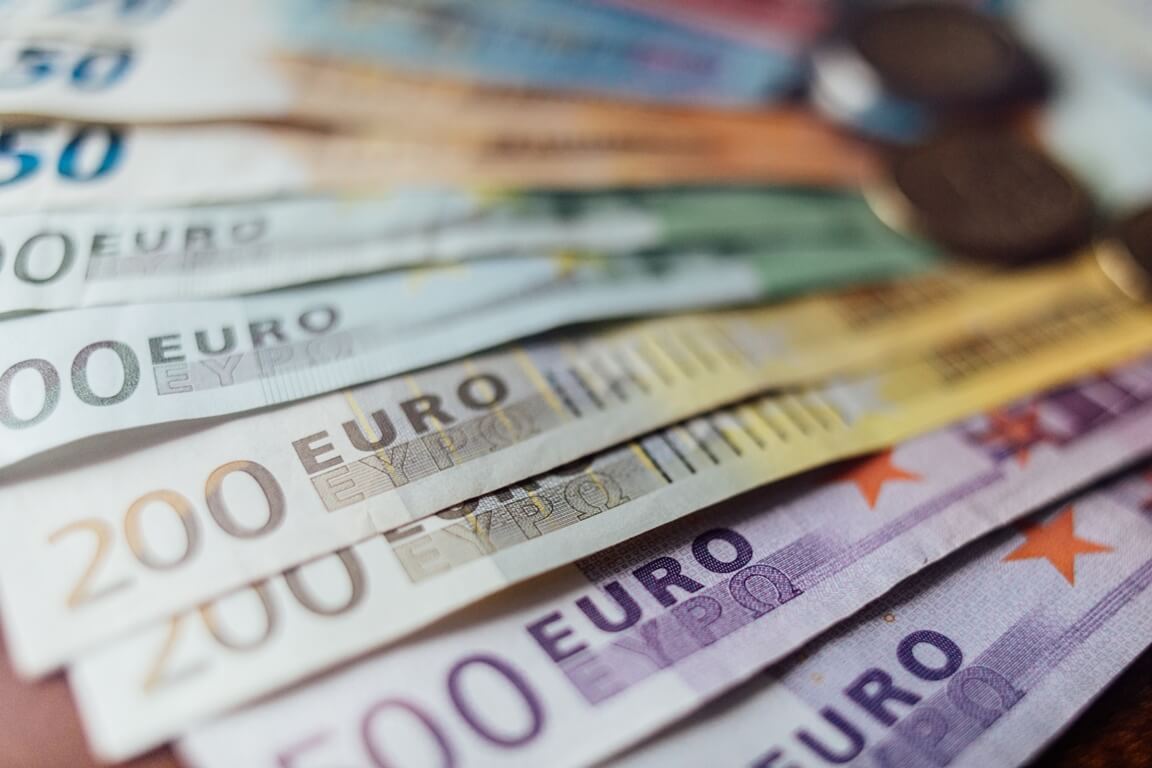 The euro lost some of its overnight gains on Thursday after experiencing its biggest daily rally since 2016. Traders hope that the European Central Bank and European Union leaders will shed some light on the bloc’s policy response to Russia’s invasion of Ukraine.

On Wednesday, the common currency benefited from a risk-on shift in sentiment that boosted equity markets and bond yields. Such a mood also caused oil prices to decline amid optimism about diplomatic efforts to resolve what the Kremlin calls a “special operation” to disarm Ukraine.

Traders widely see the euro as a gauge of Europe’s biggest security crisis since 1945. The currency hit a 22-month low of $1.0804 earlier in the week, with market participants expecting a sizeable impact on European growth.

On Thursday, the foreign ministers of Russia and Ukraine met in Turkey. This has been the highest-level contact between the two countries since the war began on February 24. However, in news conferences, both sides made clear they had made no progress.

ECB policymakers will likely give clues about how they intend to balance the risk of higher inflation with the damage the Russian-Ukraine war will cause to economic growth. Unicredit analysts noted that monetary policy normalization would probably be delayed but not derailed.

Traders currently expect the central bank to phase out its Covid-19 pandemic bond-buying scheme gradually. The ECB may also hike its key interest rate by a total of about 33 basis before the end of the year. The bank is currently trailing other major central banks such as the Bank of England and the U.S. Federal Reserve in the post-pandemic tightening cycle, which has weighed on the common currency.

The euro may continue on its downward trend and move lower or even below parity with the greenback – noted Georgette Boele, an FX strategist at ABN AMRO. However, recent speculation that EU leaders discussed joint bond issuance to finance energy and defence spending has bolstered the currency. The bloc’s summit is due to begin later today in Versailles, west of Paris.

Meanwhile, the dollar index climbed by 0.19% after plummeting by 1.17% on Wednesday. Investors awaited U.S. inflation figures, also due later in the day, hoping to get hints about the Federal Reserve’s meeting course next week.

Some economists forecast the U.S. Consumer Price Index to have soared by 7.9% on a year-on-year basis in February, rising from 7.5% in January. Still, this data will only show a preliminary impact from the rally in oil prices.

How is the British pound faring?

The sterling tumbled down by 0.18% at $1.3163 on Thursday after skyrocketing by 0.65% overnight along with the euro. At the same time, the safe-haven Japanese yen traded at 115.95 per dollar. It was close to its lowest level in a month. A rise in sentiment towards riskier assets like equities hurt the currency.

The Russian ruble firmed by more than 8% to 120.47 to a dollar in offshore trading. It also steadied in Moscow. Overall, the currency has erased about 50% of its value since February 24, despite measures taken by the Russian central bank.

Meanwhile, the Turkish lira plummeted down by 0.7% to lows not seen since a currency crisis in December. Traders are concerned about how the fallout from Russia’s war on Ukraine will influence the country’s already rocketing inflation and widening current account deficit.

China’s foreign exchange trading platform announced that it would widen the daily range for yuan/ruble pair trades in the interbank market to 10% from 5% on Friday.