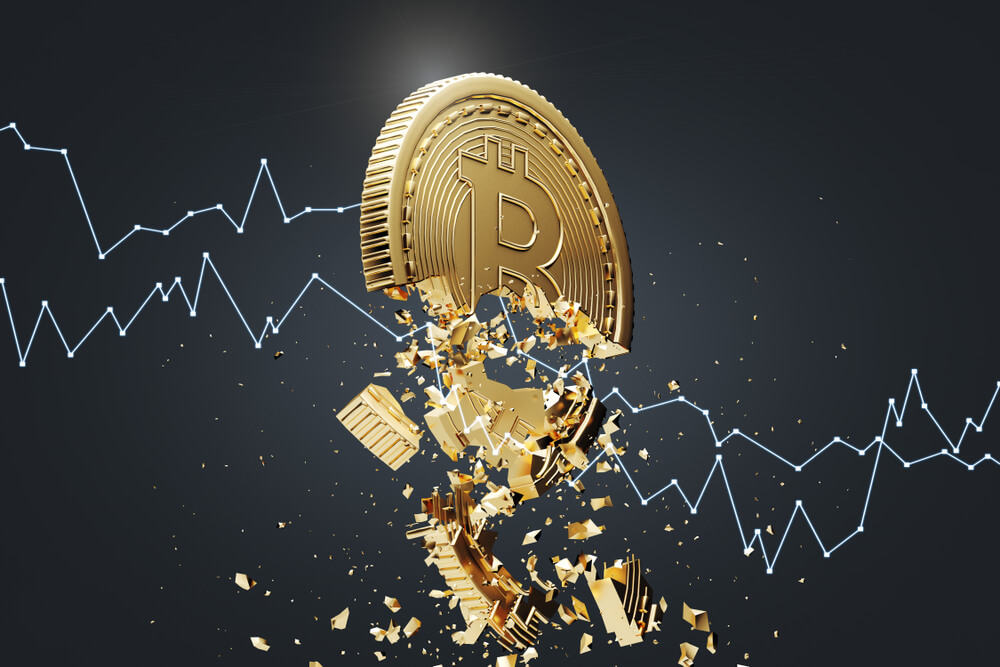 Will Bitcoin Crash – Facts and Figures about the Famous Crypto

Bitcoin hit new heights in December 2020, and experts predicted it would continue to rise despite occasional downs due to volatility. Many are sure the Bitcoin price could reach up to $100000 in the next year or two, while others are convinced Bitcoin will crash again like it did in 2017. Everything is uncertain, and we should take every prediction with a grain of salt.

Nobody expected the Bitcoin price to rise so much, so naturally, we don’t know what to expect next. Only speculations are left, and the best experts look like they are failing in their analysis. Until the most recent Bitcoin price drop, everyone said it was another ordinary day in the forex world, but now, many think Bitcoin’s fate is the same like it was almost four years ago. Will Bitcoin crash for real?

Bitcoin still holds a high price, but if the price falls more than 25%, it is considered a crash in the world’s trading market.  At the time of writing, Bitcoin’s value is 38,218 US dollars. It was around $31 thousand a week ago, which means its price spiked again, but the most recent high when they suddenly fell was almost $42,000. Everyone wants to ask if this was just a bump in the road and the rally would continue, or if everyone should pull out while it’s still profitable.

Bitcoin falling wouldn’t be such a great deal if there weren’t massive predictions based on what happened in December 2020. While many crypto enthusiasts and factors have changed regarding Bitcoin’s general public opinion, many can’t shake off the feeling of what happened in 2017/2018 and how much they lost.

Why do many think history will repeat?

If we are talking about the Bitcoin crash, many circumstances are eerily the same as before: fear of missing out among traders and the uncertainty of everything that might happen again. This time, we have decentralized finance as a real possibility since PayPal put Bitcoin as another regular payment method. It means Ethereum, and maybe other altcoins can follow the same path.

It’s worth mentioning the cryptocurrency that has been following Bitcoin for quite some time since the Bitcoin spike resulted in much bigger ETH problems. The transaction fees have become much more significant, and in whichever state Bitcoin is, whether the Bitcoin crashes or not will affect cryptos immensely. Many more things are at stake this time around.

How did Bitcoin hit a cap in the first place?

For this, we have to mention FOMO again. Traders started having a fear of missing out, especially since Bitcoin was introduced through PayPal. Everyone saw the potential of a digital revolution and wanted to dive in. MicroStrategy started the snowball effect in August and September 2020 by purchasing $425 million worth of Bitcoin. Because of them, other companies started looking differently at Bitcoin and joined in. Shortly after, Square purchased $50 million, and PayPal sealed the deal by the end of October. People saw tremendous potential and realized it could finally be something more than merely owning a digital currency. Investors helped Bitcoin rise the most after that.

Even though cryptocurrencies don’t depend too much on world events, the pandemic resulted in Bitcoin being considered a hedge while fighting inflation. With the rise of Bitcoin and its 21 million coin cap, Bitcoin was even considered an alternative to many assets such as gold. Banks started to slowly adopt cryptos and blockchain as a regular part of their monetary policy, legitimizing cryptos that PayPal began to. The celebrities and influencers started tweeting about getting into the trading world and focusing on cryptos.

If that wasn’t a way to boost Bitcoin’s price, we don’t know what is. In the end, people react the most when someone famous does something out of their comfort zone and sounds like they know what they are talking about. From that moment on, everyone became a trader.

We can’t say anything with certainty. It’s a challenging path. We can see a revolution on the rise, but will Bitcoin crashing or going to unthinkable heights is yet to be seen. Some say Bitcoin’s rise is unsustainable. If we look at everything from the perspective of those who can’t wait for Bitcoin to become a legitimate currency, possibilities are endless. The catch is, there is a massive interest in blockchain and everything regarding crypto.

But, can people adopt something all of a sudden as normal? How much time will it take? We didn’t have this question linger in 2017, but we have it now, and it’s completely valid. We’re on the brink of a completely new system, but how long will it take until we implement it? Will people change their minds? Bitcoin has been number one for years, and it’s still a favorite. We will have to be patient and see if the predictions will come true.  Otherwise, we will face another Bitcoin crash, this time with the hope it will succeed in changing the monetary system.